KBO Weekly: Dinos roar back with big comeback to cap another solid week 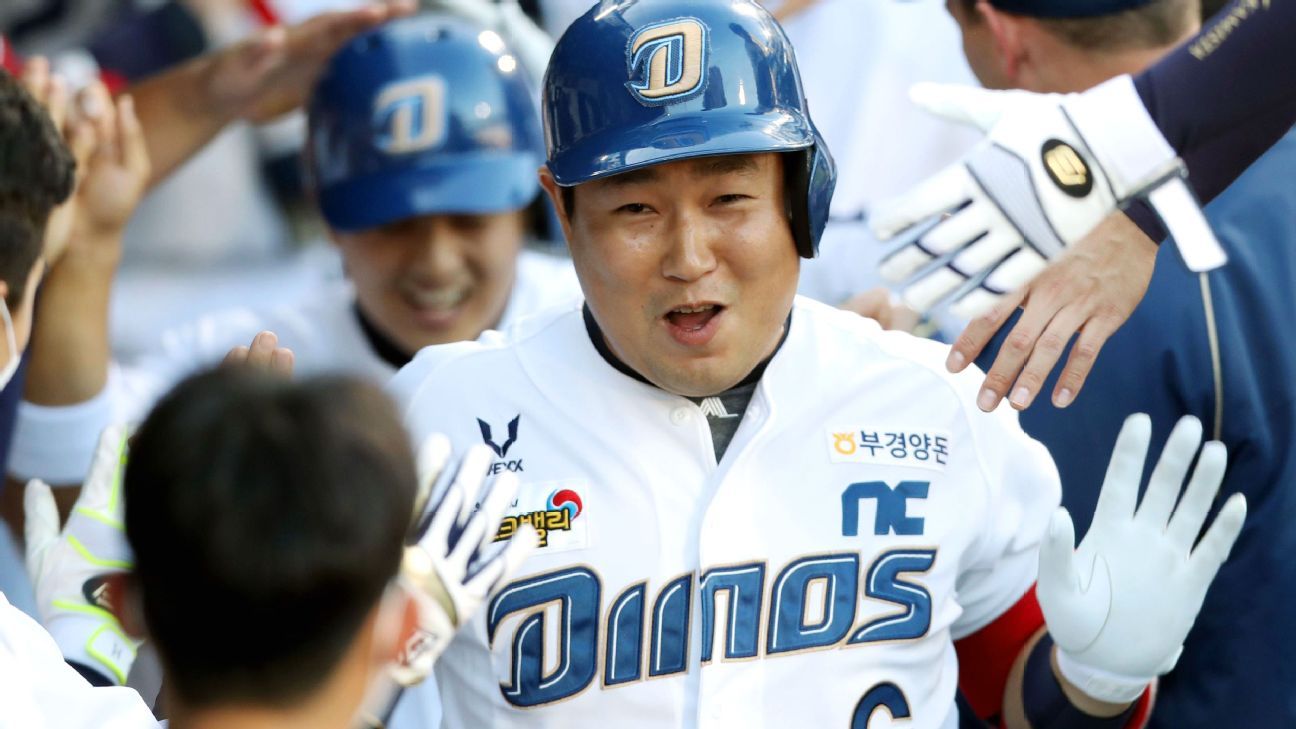 As Major League Baseball prepares to (hopefully) get its 2020 season off the ground, the KBO rolls along into July with the first-place Dinos looking as strong as ever.

Here’s a look at the week that was and what’s ahead in the KBO.

2. Kiwoom Heroes: 33-21 (2) — Kiwoom went 19-6 in June, tying for the most wins in a calendar month by a KBO team over the past five seasons, but lost three of five to close the week, falling four games out of first place.

4. LG Twins: 29-24 (3) — The Twins’ slump continued as they entered Sunday game against Samsung on a 3-11 slide. But LG rallied Sunday to beat the Lions for their KBO-high sixth win when trailing after seven innings. Samsung had been 25-0 when leading after six innings.

9. SK Wyverns: 16-37 (9) — The Wyverns’ Seung-won Moon led KBO with 34 strikeouts and a 1.39 ERA in June, but he lost his first start of July, allowing four runs (two earned) in five innings Wednesday against Samsung.

10. Hanwha Eagles: 13-40 (10) — The Eagles snapped a five-game losing streak by beating Doosan on Saturday. Hanwha is 3-3 on the season against the Bears, by far its best record against any opponent. The Eagles have no better than a .333 winning percentage against any other team.

The week that was and what’s ahead

One thing to know that happened last week: Actually, here’s one thing that didn’t happen — fans were not allowed to attend games. This past weekend had been a target date to open KBO stadiums to spectators, and while South Korean health officials are satisfied with protocol proposals for inside the parks, according to ESPN KBO contributor Daniel Kim, they are worried about getting people in and out of the games, including the use of public transportation and having about 7,000 people entering and exiting a stadium at the same time.

One thing to watch this week: Two teams that seem most likely to challenge the Dinos, at least in the short term, square off when Samsung faces Kiwoom beginning Tuesday. Then NC meets the fading Twins over the weekend, with LG in desperate need of a turnaround to stay anywhere near contention.

Highlight of the week: Is this KBO or “The Matrix”?

Bat flip of the week:

Viral moment of the week:

Cause of Death: Rising Slider pic.twitter.com/tLYSzNELvA

Stream live KBO games and replays on the ESPN App