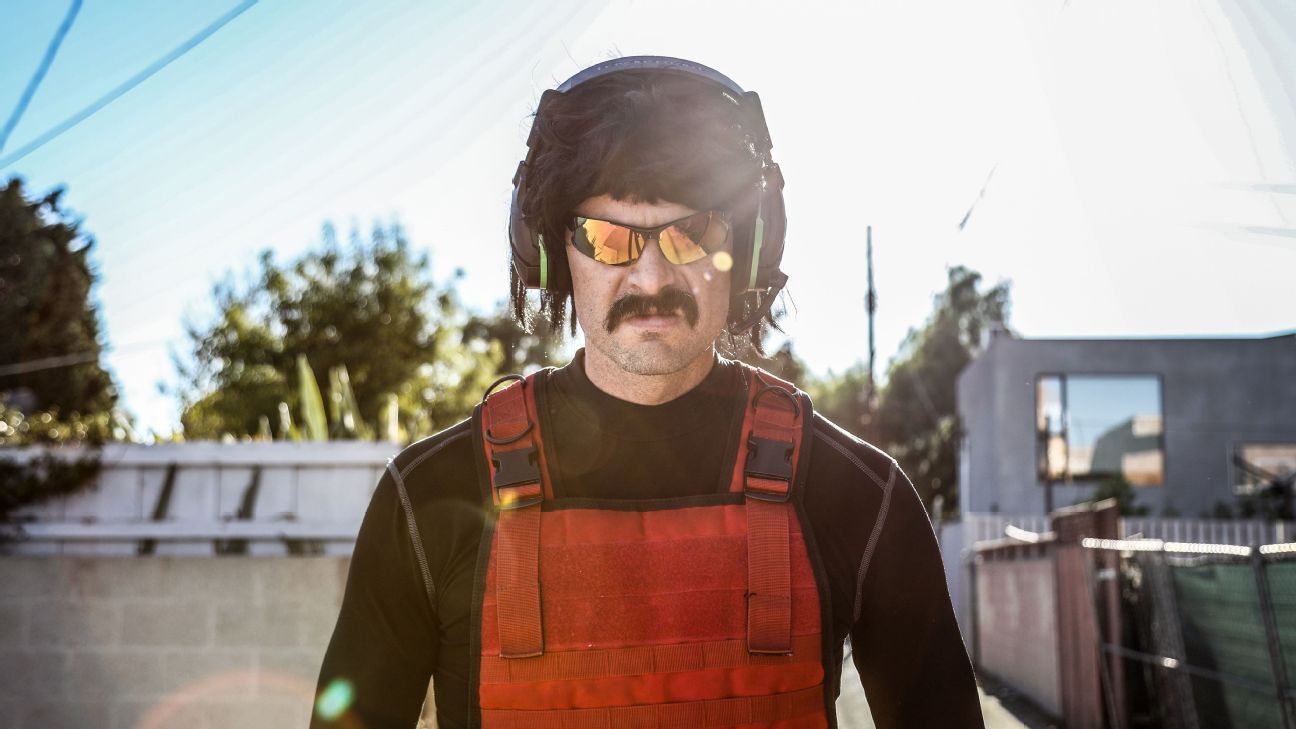 Guy “Dr Disrespect” Beahm has been one of Twitch’s most popular streamers for years, rising to stardom with a combination of exciting gameplay, high production values, and a unique, abrasive personality. His abrupt ban from the platform sent shockwaves through the streaming community — after all, streamers with over 1.5 million subscribers don’t just get kicked off Twitch without explanation. Here’s everything we know about Dr Disrespect’s ban.

Formerly a developer for Call of Duty at Activision Blizzard, Beahm entered the streaming scene early, joining Twitch when it was still Justin.tv and made a name for himself with his streamer persona, Dr Disrespect, wearing a mullet wig, sunglasses, a tactical vest, and spouting a seemingly endless series of catchphrases. He benefited greatly from the rise of battle royale games, rising to prominence while playing PlayerUnknown’s Battlegrounds.

This isn’t the first time Dr Disrespect has gotten in trouble with Twitch. In June 2019, while conducting an IRL (In Real Life) stream at the Electronic Entertainment Expo (E3), in Los Angeles, Dr Disrespect entered a men’s bathroom while continuing to stream. Twitch suspended him two weeks for the incident. It didn’t sour relations between the two completely, however — earlier this year, Twitch signed Dr Disrespect to a multi-year exclusivity deal that reportedly paid him millions of dollars per year.

Dr Disrespect’s final moments on his stream prior to the June 26 ban were odd, to say the least. After referencing the conspiracy theorist David Icke, he appears to check his phone, after which his demeanor changes and he appears to be visibly distressed. He switches to a Roblox video before saying “I appreciate everyone watching today. We’ll … we’ll get through this, champions club. I know it’s a tough … Life’s weird right now … .we’ll get through this okay. and uh … f—.” He then runs his stream’s credits and ends it.

Shortly after that, his channel disappeared entirely from Twitch … and the company so far has not said why.

Speculation has run rampant across the internet as to why the company would ban one of its most popular personalities with seemingly no warning or stated reason. A day after his ban, Dr Disrespect made what is so far his only public statement — that he also does not know why.

Twitch has not notified me on the specific reason behind their decision… Firm handshakes to all for the support during this difficult time.

As of Wednesday, there are no warrants or pending charges against Beahm in San Diego County, where he has lived for some time, as well as in Los Angeles County, where he frequently conducts business. Beahm has not been detained in any local or federal jails in or around San Diego.

Beahm is still represented by Gabriel del Rio, an independent publicist, who declined to comment when reached by ESPN on Friday. Big-time Hollywood firm Creative Artists Agency also represented Beahm in many of his endorsement, broadcasting rights and TV deals, including his most recent renewal with Twitch, but did not respond to ESPN when asked whether they still actively Beahm after his ban from Twitch.

There’s been no official word from Twitch on the length of the ban, although independent esports journalist Rod “Slasher” Breslau reported on Friday that the ban is permanent and is not related to any Digital Millennium Copyright Act takedowns that have been occurring across Twitch for use of copyrighted music on streams.

Many conspiracy theories about Dr Disrespect’s disappearance have appeared on social media — including one that he and other influencers would move to a livestreaming platform called Brime or another co-owned by Spotify and Google, but those have been debunked by various reporters. Google owns YouTube, who themselves have poached other streamers from Twitch for YouTube Gaming.

Why Texas is seeing a surge in coronavirus cases