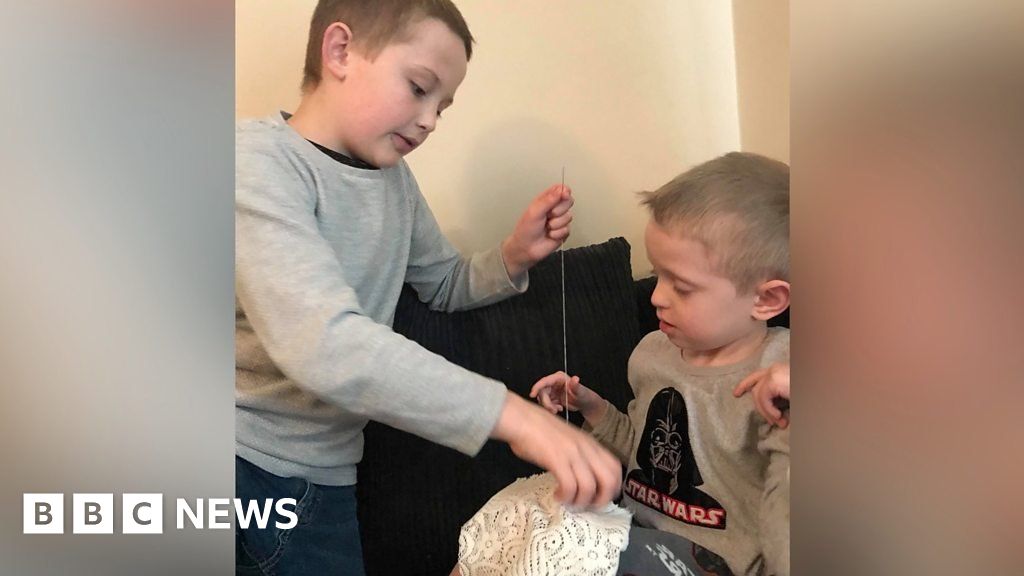 Ronnie, 10, and seven-year-old Reggie Cockroft, from Littleover in Derby, have sewn about 100 cushions for the keyworkers.

Their mum Shelley said Ronnie had the idea to make cushions “because he expects they [keyworkers] would be extremely tired with all the extra hours they’re doing”.

Reggie, who has cerebral palsy, has also been able to sew some cushions with his brother’s help.

“They’re [NHS workers] saving lots of lives and when Reggie was being born they saved his life as well, so we want to say ‘thank you’ for it,” Ronnie said.