England to play West Indies in Test series in July 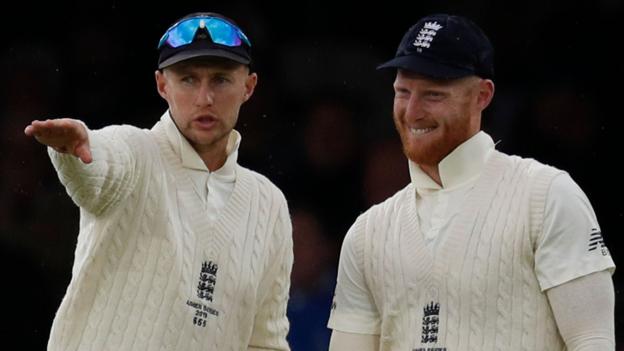 England will play three Tests in the space of 21 days when the international summer gets under way in July.

The series against West Indies will begin on 8 July at the Ageas Bowl, followed by Tests at Emirates Old Trafford on 16 July and 24 July.

The three matches will be played behind closed doors at the bio-secure venues, which both have hotels on site.

West Indies arrive on 9 June and will be based at Old Trafford for initial quarantine and training.

The original schedule, which featured Tests at The Kia Oval, Edgbaston and Lord’s between 4-29 June, was postponed because of the coronavirus pandemic.

Former England batsman Jonathan Trott said players would be “refreshed and chomping at the bit to get going”.

“When you think of playing for England, you always think of packed houses,” Trott told BBC Radio 5 Live.

“It’s going to be a little bit different behind closed doors but not dissimilar to playing away at some grounds overseas.”

The England and Wales Cricket Board (ECB) said a decision on series against Pakistan, Australia and Ireland will be taken at a later date.

ECB director of events Steve Elworthy said: “We are in daily dialogue with government and our medical team. These are our proposed dates and they remain subject to government approval.”

Edgbaston, in Birmingham, has been selected as a contingency venue and will be used to stage additional training throughout July.

Last week, the ECB asked a 55-player group to return to training.

England women’s summer schedule will be determined at a later date with Lisa Keightley’s side set to play series against India and South Africa.

The domestic county season, which was due to start on 12 April, has been postponed until at least 1 August.

There is a lot of detail still to be finalised but this is a big step. West Indies were due to be touring now but have agreed to a rescheduled format which sees three back-to-back Tests played on two grounds within three weeks.

There will be no spectators and everybody who is closely involved in the matches will be housed in the on-site hotels that have made this series possible.

There will be regular testing and quarantine zones for anyone suspected of having contracted Covid-19.

The ECB remains hopeful of more international cricket being staged later in the summer.