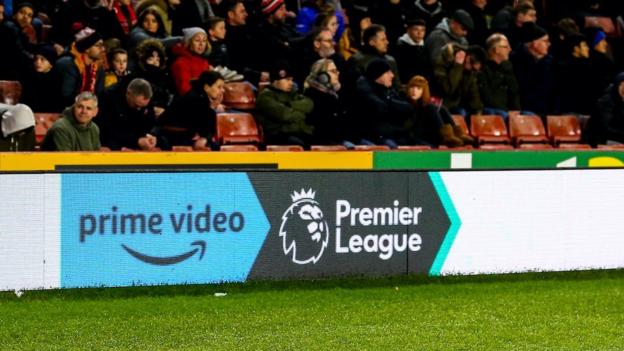 Amazon Prime will make its four Premier League games free to air when the season restarts.

Fans will not need a Prime membership to watch fixtures on the online streaming service when the top-flight campaign resumes from 17 June.

Every one of the remaining 92 Premier League games will be broadcast live across Sky Sports, BT Sport, BBC Sport or Amazon Prime.

In total, 33 of those matches will be free to air.

Alex Green, managing director of Prime Video Sport Europe, said: “Like the rest of the country, we are excited to see the Premier League return to action.

“We will be making all four of Amazon Prime Video’s additional fixtures in the 2019-20 season available free of charge; fans will not need a Prime membership to view the games on Prime Video.”

In May, it was announced that four Premier League games will be broadcast, free to air, live on BBC Sport when the season resumes.

Sky Sports will make 25 of the remaining top-flight matches free to air, including the Merseyside derby on the first weekend after the resumption – 19-21 June.