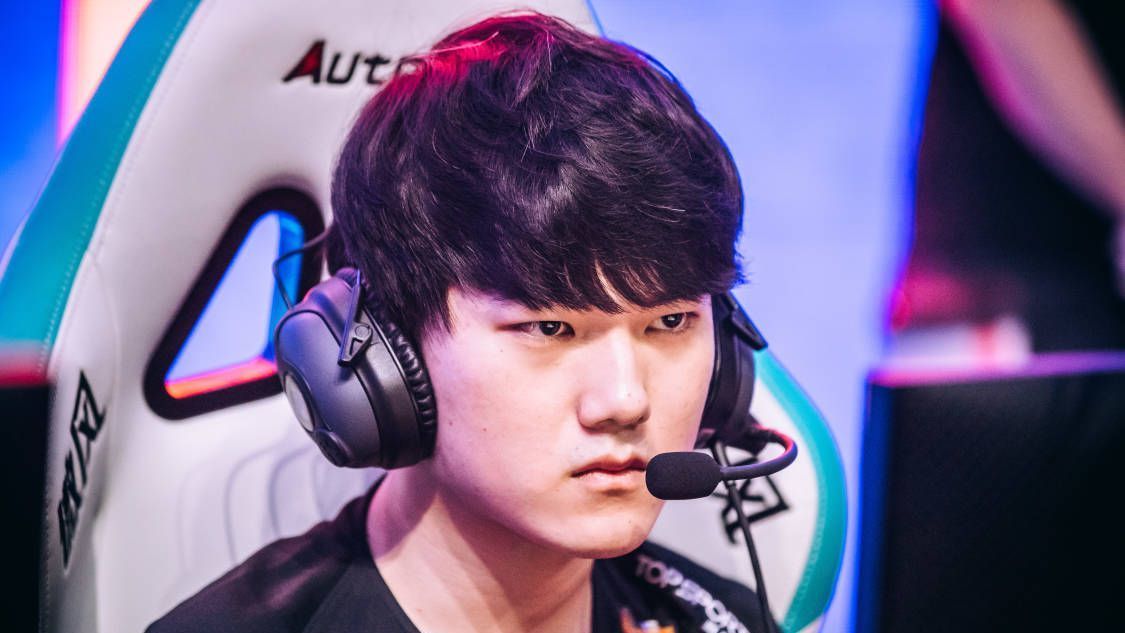 The esports world is a big place. Any given weekend, there can be more than a dozen competitions taking place worldwide, from massive events such as Dota 2’s The International to League of Legends domestic play and regionals in Smash. Each week, we’re going to take a look at the big picture and decide who had the biggest weekend, be it in impact on the esports scene, dominance of their game or making the most of a moment.

Here’s who we think won the weekend going into June.

While the League of Legends Mid-Season Cup was hardly a major tournament, there’s little to no doubt that the South Korean and Chinese teams in attendance took it seriously (yes, even in light of some of the LoL Pro League teams’ drafts). It shouldn’t be counted with a similar weight to the cancelled Mid-Season Invitational, especially without the conclusion of European spring champions G2 Esports, but MSC still carried its own weight, especially when the finals featured two LPL teams in FunPlus Phoenix and Top Esports.

Despite being the top region for at least two years, Chinese teams are still scrutinized due to their collapse at the 2015 League of Legends World Championship. Since most LPL teams have hyper-focused playstyles, it’s also difficult to judge their drafts from an objective standpoint. South Korea’s T1 Esports were an easy pick to take it all this weekend due to their dominant win over Gen.G in the LoL Champions Korea finals, especially when compared to the back-and-forth, five-game monstrosity that was JD Gaming beating Top Esports 3-2 in the LPL finals. Yet, Top Esports were arguably poised to take it all this weekend due to natural strengths in the current metagame and a few more weeks of practice with recent bot lane addition Yu “JackeyLove” Wen-bo.

Prior to this tournament, Top Esports was well-known in China but had little-to-no footprint in Western League of Legends fandom.

Knight has been on a lot of analysts’ radars since his debut with Suning Gaming in 2018 after impressive performances in the LoL Development League with Young Miracles. Knight was undeniably the star of the Mid-Season Cup, stunning international audiences with mechanical outplays. There’s enough tape on Knight just from this weekend to make a formidable highlight reel.

More: What we thought of the Mid-Season Cup | Can Riot Games strike gold twice with VALORANT? | May Melee proves a better fix for Overwatch League than hero pools

That said, what I want to leave people with regarding Top Esports is just how much more room they have to grow to become a potential LPL champion and even a world championship contender. For most of the split, Knight struggled to synergize with his new jungler, Hung “Karsa” Hao-Hsuan, to the point that the two frequently, if unintentionally, undermined each other’s efforts on the Rift. This has changed with the addition of JackeyLove, who has given Top Esports another strong voice and united communication across all five members.

After a strong rookie season last year, top laner Bai “369” Jia-Hao used the MSC stage to prove that he, too, is world-class in his position. Rookie support Liang “yuyanjia” Jia-Yuan made myriad mistakes in Top Esports’ playoff run but has looked stronger in each further outing his has with his new laning partner, JackeyLove.

This weekend was a win for Top Esports since it marks their first-ever championship victory, but it’s also a harbinger of what could be to come from a remarkably strong, world-class League of Legends team.

This one hit different.

Don’t get me wrong, the Overwatch League’s May Melee was a lot of fun. It really breathed life into a league that many were starting to write off (premature or not). But this showmatch gave old-school Overwatch APEX viewers all the feels, from the way fans were integrated into the broadcast, to the show-stopping plays from the star players turning back the clock to wear their old threads, the nostalgic presentation (shoutout to OGN) — everything was a home run. The players were happy, relaxed and seemed to be having a ton of fun. They even went to dinner together afterward. The vibe was just perfect for this whole thing.

Afterwards, there was a lot of talk online about how Overwatch is best presented, too: Bans were selected by the players. Role lock was removed. It aired on multiple platforms rather than the usual YouTube exclusive broadcasts for OWL.

That said, this was a special moment — right place, right time. The Overwatch League doesn’t have the luxury of being able to wrangle multiple platforms and put together old-time fan-favorites every week

Tournaments like the May Melee are a step in the right direction. Though the league has taken some L’s this season, the last couple weeks have been positive, with Lunatic-Hai and RunAway reviving their rivalry as one shining example.

George Floyd death: 'This is why we are protesting'