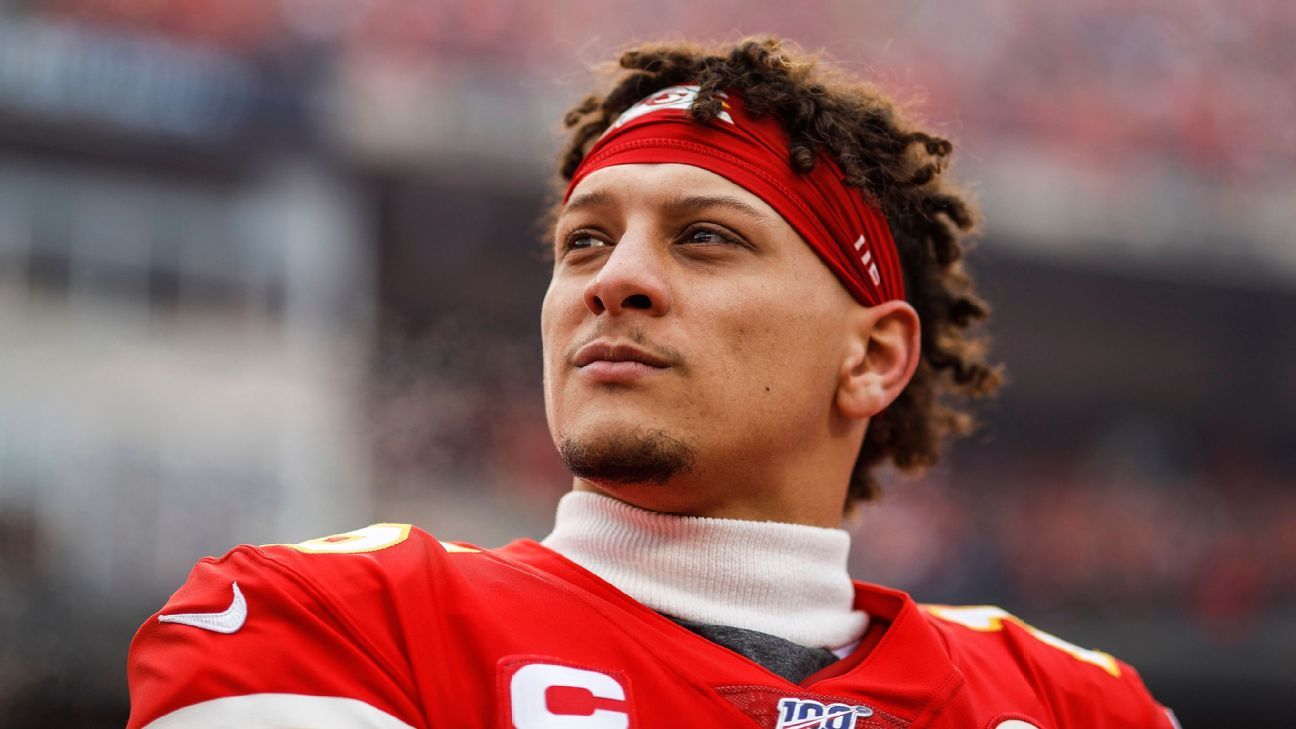 Kansas City Chiefs quarterback Patrick Mahomes posted a statement to his Twitter account Monday saying “the senseless murders that we have witnessed are wrong and cannot continue in our country.”

“All I can think about is how I grew up in a locker room where people from every race, every background, and every community came together and became brothers to accomplish a single goal,” wrote Mahomes, whose father, Pat, was a longtime major league pitcher.

“I hope our country can learn from the injustices that we have witnessed to become more like the locker room where everyone is accepted. We all need to treat each other like brothers and sisters, and become something better. Let’s be the world where my little sister, generations to come, and even my future kids will grow up never having to experience these tragedies and instead love each other unconditionally!”

“As I have watched everything that has happened over the last week and even before then, I have tried to put my feelings into words,” he wrote. “As a kid who was born with a black dad and a white mom, I have been blessed to be accepted for who I am my entire life, but that isn’t the case for everyone.”

He concluded his post with: “Love and Unite! #JusticeForGeorgeFloyd”

“We cannot continue to ignore racism as though it has ended, or never happened. The continual violence inflicted upon blacks and people of color must stop. We need a change now. We need love. we need compassion. We need grace and forgiveness even in the midst of the pain,” he wrote.

Arizona Cardinals cornerback Patrick Peterson also released a statement demanding change and also touching on the protests that have turned violent in many cities across the United States.

This was not easy for me. I had to take some time to make sure my anger from the tragic #GeorgeFloyd situation was under control before speaking out. I have a responsibility to share my thoughts as an influential black man in America. This is how I feel. WE NEED & DEMAND CHANGE!! pic.twitter.com/KWJo6VOBd5

Seahawks linebacker Bobby Wagner urged media members Monday to do their part to shift the focus away from rioters and looters and back to the message behind the protests.

“We’re not talking enough about what started that. The black community is tired of seeing the same things going on and not seeing change, tired of seeing people not being held accountable for that the actions that they do. Understand that if we were in that position [as African Americans], we would be held accountable. So I challenge everybody on this call to do your part and report … the message, what it really is. We’re tired of seeing black people getting killed.”

“I was there at the protest on Saturday [in downtown Seattle] and it was very peaceful until some white people started burning up cop cars, so … report the peaceful side of the protest as well. Report people that are doing good because it’s a lot of people that’s doing good out there.”

“I can’t see everybody on this Zoom call, but I’d go out on a limb and say y’all rock with me … So imagine if I was that guy person having a knee to their neck. How would you feel? It don’t need to happen to someone close to you for you to feel that way.”

“Injustice. Few things stir the human heart and soul like injustice. When we see it, feel it, experience it, it’s heart-wrenching. It’s not enough for a person who looks like me to say, ‘I’m not racist.’ This kind of talk and thinking typically lends itself to a posture of neutrality, indifference and passivity. It’s easy to be silent and do nothing when it doesn’t directly impact you. This attitude simply doesn’t invoke any conviction about doing that is right and standing up for the inherent dignity and rights of all people, no matter the color of their skin.

“I stand firmly behind the Colts statement and in particular, the phrase that says, ‘We abhor racism.’ Racism is vile, deplorable, detestable. There’s no form of it that is acceptable, and in no way can it be justified. Our black community has bore the brunt of this injustice for far too long. I believe that I, we, all have a personal responsibility to speak up and act in ways that build each other up, not tear each other down. I believe each one of us can make a difference if we’re willing to grow personally and display the courage necessary for us to take steps of progress in this most important of issues.”

“I stand with them and I will rely on their leadership and direction to make sure we are making the most powerful impact we can,” said Benson, who said that even before the events of the past week, both organizations have taken “a tremendous amount of pride in working with our players and community leaders to impact meaningful change.”

“There are no written words, nor the timing of those words that can properly honor the life of George Floyd,” Benson said. “We stand against police brutality in any form. Statements are words; unified action towards a solution is what needs to come from this now.”