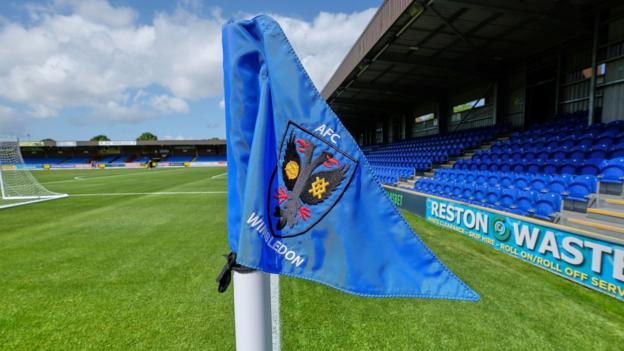 League Two clubs have already “unanimously indicated” they want to end their campaign but hold play-offs.

Bury’s expulsion means there are just 23 teams in the third tier this season, so the campaign would be cut short if 12 teams back the proposal.

“The view I’m getting from clubs is that we want to see the end of the season,” Palmer told BBC Sport.

“We as a club don’t want to do anything that is going to put us in a worse off situation and if playing out the rest of the season does that we would be against it.

“I think probably it’s moving towards cancellation, simply because of the factors around the finances for clubs and also the health concerns.

“The guidelines for returning to training and returning to play are quite extensive. It’s a lot for even Premier League clubs, so for us I think it would be quite difficult as well.”

If the season is brought to an early conclusion, using the unweighted points-per-game system proposed by the EFL, eighth-placed Wycombe Wanderers would move into the play-offs at the expense of Peterborough United – one of the sides determined to carry on playing.

The new regulations still have to be voted on by all 71 EFL clubs before they can be implemented.

Talks between League One clubs stalled last week after at least six clubs – including Sunderland, Portsmouth and Ipswich Town – said they wanted to continue the season.

The Dons, who have asked season ticket holders not to request a refund if the campaign ends early, are set to move to their new Plough Lane stadium later this year.

Palmer has said the coronavirus pandemic has not caused any major problems in terms of the work to build the stadium.

“Things are still moving very well here and the progress has been astonishing. We’re very positive,” he added.

“We were looking at the end of October for the completion date and nothing has changed on that.”