Eli Manning creatively announced that he is joining Twitter by paying homage to the movie “Hoosiers” on Saturday, and Tom Brady chimed in with a humorous touch.

To paraphrase Jimmy Chitwood, “I don’t know if it’ll make any change, but I figure it’s time for me to start playing social media.” pic.twitter.com/Af8IFMOiEQ

Welcome @EliManning, In typical fashion, you never showed up until the 4th quarter anyway 😜 https://t.co/Wbun1VS2A0

Brady’s reference to the fourth quarter brings back painful memories for fans of his former team, the New England Patriots. Manning’s fourth-quarter heroics in Super Bowl XLII helped the New York Giants defeat the Patriots 17-14, dashing their hopes for a perfect season.

And then Manning did it again four years later in Super Bowl XLVI, leading the Giants past the Patriots 21-17. Manning was the MVP of both games.

Manning made sure to get his own shot in, making reference to Brady’s golfing showdown against Manning’s older brother Peyton.

Hope your golf game is as polished as your Twitter game. Don’t hit it in the lumberyard. https://t.co/SaPL34P2T2

Brady, of course, has experienced more jubilation than heartbreak in Super Bowls. He has played in nine, and is the only player in NFL history to win six. 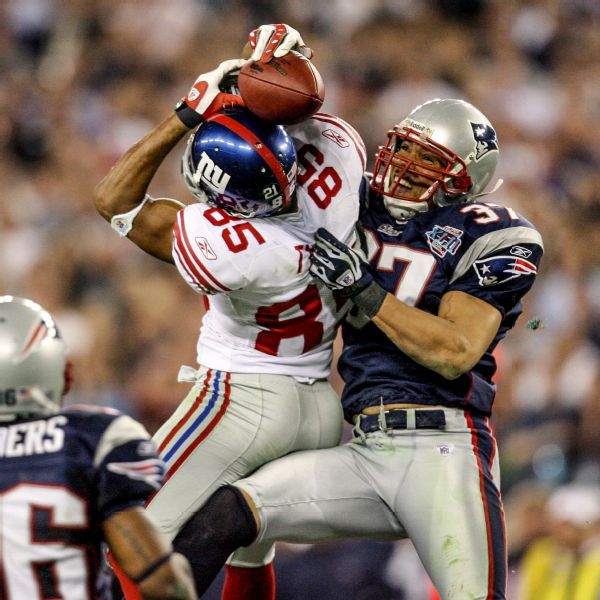 Rewatch Eli come alive in the fourth quarter against Brady and the Patriots in Super Bowl XLII and Super Bowl XLVI on ESPN+.
Super Bowl archives | Get ESPN+

So the new Tampa Bay Buccaneers quarterback can joke about it now, but at the time, they were two of the most devastating losses of his career.

Manning retired this offseason after spending his entire 16-year career with the Giants.

The NBA in a bubble: The blueprint for how the league could finish the 2019-20 season