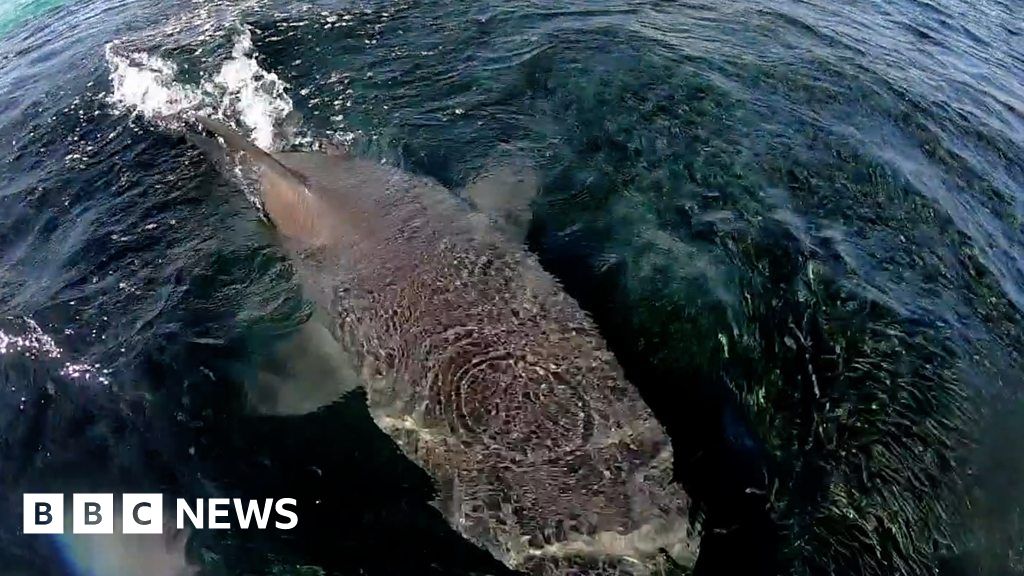 An Australian man was returning from a fishing trip off Queensland’s Moreton Island when he came across a large school of bait fish under attack by about 40 sharks.

Grant Bruinsma, an experienced angler, filmed the spectacle – later telling the BBC he’d never seen anything like it.

UK borrowing soars to cope with impact of virus