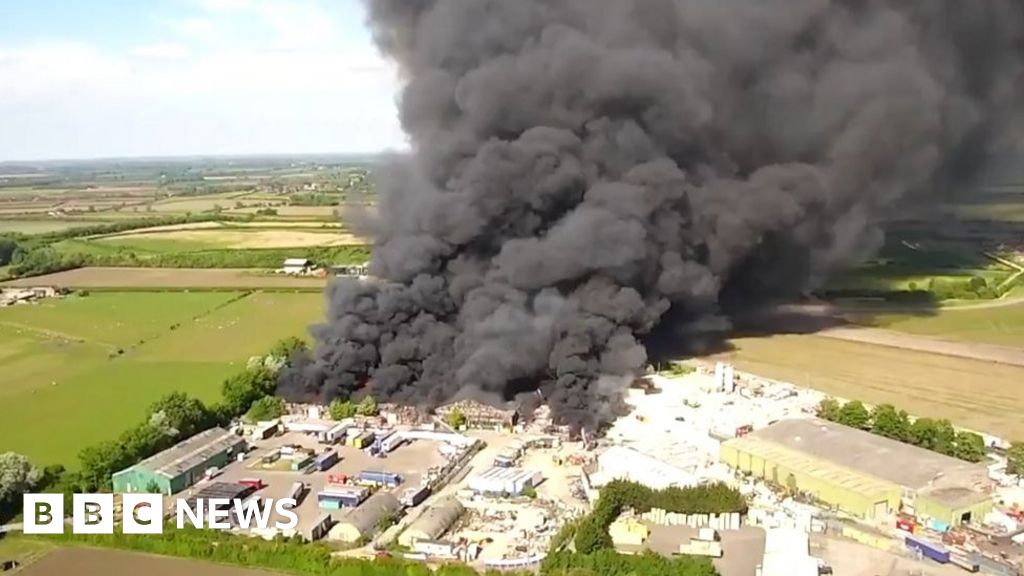 A plume of smoke that could be seen across several counties has been captured in drone footage.

The film shows the extent of the blaze at Langar Airfield Industrial Estate, in Nottinghamshire, which broke out before 14:45 BST on Thursday.

The fire contained a lot of chemicals that have yet to be identified, firefighters said.

The BBC understands the blaze broke out at a waste transfer site but it is not yet clear what material was in the rubbish.

SEC to allow athletes to use facilities June 8