Contrary to reports, Jesse Metcalfeand Cara Santana are “absolutely not” getting back together.

Talk of a potential reconciliation began swirling on Thursday when cameras spotted the two exes fueling up their car at a gas station in Los Angeles. Jesse was wearing gloves and a mask when he stepped out of their Mercedes Benz G-Wagon while Cara opted to forego the preventative measures.

Despite the speculation surrounding their current relationship status, a source tells E! News that their sighting together is simply due to the current coronavirus pandemic. “They are absolutely not back together. They were together for 14 years, own a home together, and have made the mature decision to self-isolate together with Jesse living in the guest house,” the insider insists.

The pair parted ways on January 23, nearly three months ago, after he was spotted cozying up with not one but two women on the same exact day.

“Cara was completely blindsided by the photos of him with other women,” a source told E! at the time. “She knew they were having issues but didn’t think he would betray her on this level and it’s truly embarrassing for her.” 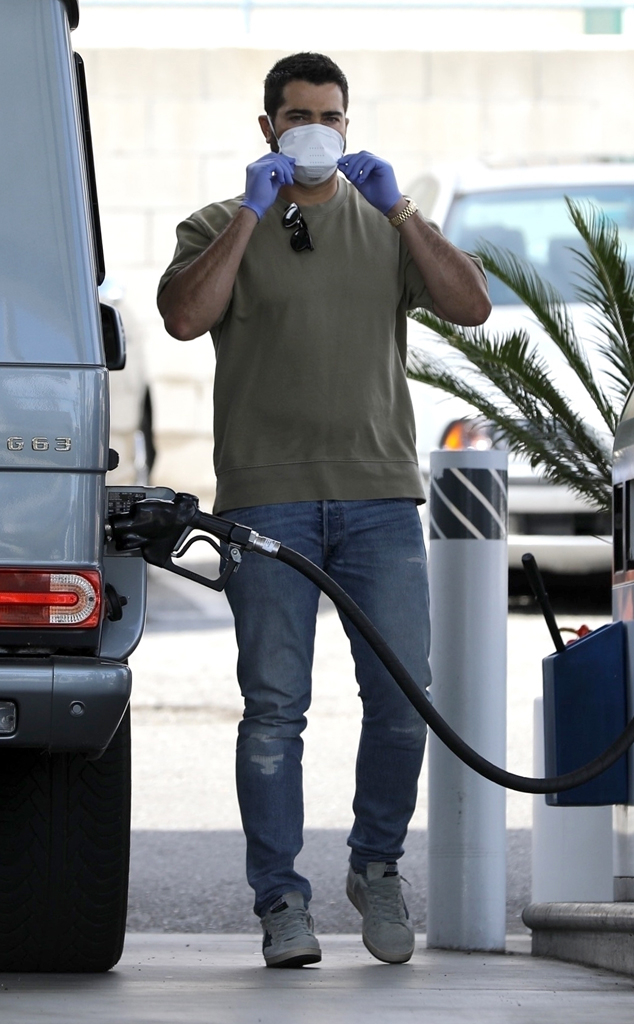 Prior to their split, the influencer and actor were planning a wedding, having been engaged since 2016, but plans never came to fruition. According to the source, Cara always felt her fiancé was “not ready to commit” or walk down the aisle, despite proposing to her. The insider said, “They truly have been on and off several times throughout the duration of their relationship.”

Neither Cara or Jesse have addressed the split fully, but they’re keeping their followers up to date on their activities as they social distance. On Instagram, Jesse revealed he’s working out, while Cara is doing a little bit of everything. She shared her current reads, indulgent treats and more, even revealing she ate a container of frosting, because why not?