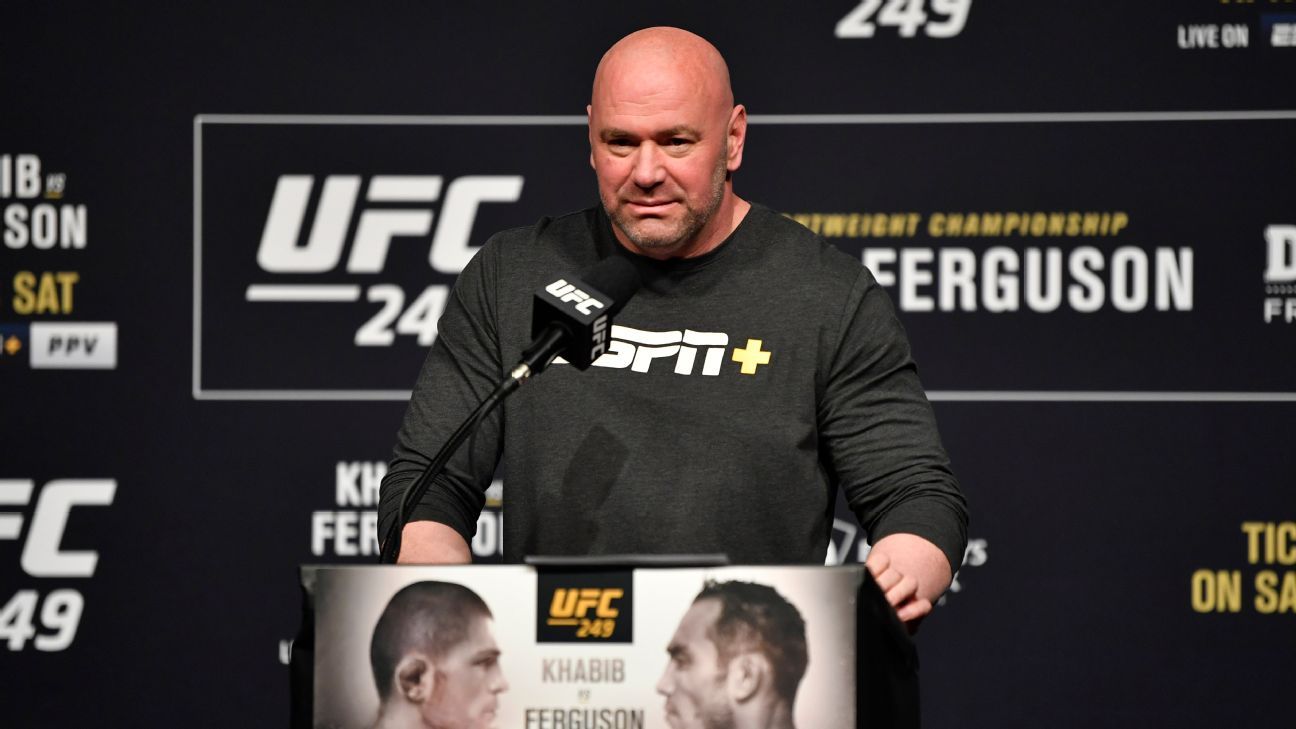 On Thursday, Dana White announced the UFC would not proceed with their scheduled pay-per-view event, UFC 249, on April 18. The card was planned despite stay-at-home ordinances throughout most of the United States and was to be headlined by an interim lightweight title fight between Tony Ferguson and Justin Gaethje and also featured a heavyweight title eliminator between Francis Ngannou and Jairzinho Rozenstruik.

After the cancellation, fighters took to social media to applaud the decision, while others expressed disappointment in the outcome

Bravo @danawhite you did all you could. That’s admirable of you and we all appreciate it .

Being someone who was signed to fight in May: trying to diet down and prepare to possibly fight, while being on lockdown, and not having access to my normal training has definitely been hard.

I appreciate Dana and the UFC for how hard they’ve worked to try and make it happen. https://t.co/O9W4zFH83R

That look when you find out #UFC249 is postponed 😪😪😪 pic.twitter.com/b3OsITi1MI

Sad for the fighters and fans who got their hopes up for this. But maybe it’s best to give this virus more time to blow over.
It’s probably bitter-sweet for many of the workers and fighters scheduled to scrap.
We all want to make money, but we want to protect our families too. https://t.co/zSg0KSWoy2

April 18th might not be happening but everything is ok, I’m personally happy and proud of the dedication and commitment of the @ufc and @danawhite

Thank you for trying so hard 🙏#StayStrong #UFC249

#UFC249 cancelled WOW . Respect to @danawhite for trying his hardest to bring sports back to the world . Can’t wait until everyone can return back to their normal lives . Hang in there folks ! 🙏🏾

Alright this is it.. great effort from @danawhite and @ufc to make it happening https://t.co/09mJF1ubin

I just accepted my 3rd opponent in a week… sucks. Stay safe everyone !

Thank you @ufc @danawhite @seanshelby @Mickmaynard2 for trying your hardest to put these fights on. Best team in the business hands down.

I believe him when he says UFC will be the first sport back. Now let’s hope we as fighters get 3 fights a year after all this. Also, you have to admit Dana is the most motivated president in sports. https://t.co/94C1JC54U2

I trained 3 times a day whereever I could, dieted hard while stuck in quarantine, lost my opponent said yes to whoever else they can find, put my health on the line knowing there was a chance it wouldnt happen because I love what I do I’m a fighter. if your celebrating this ef u

UFC 249 Has been cancelled. I’m not mad at it 🤷🏽‍♂️. It’s probably best for everyone and @danawhite said they will come do a show at @Tachipalace 😝🔥. #ufc249 #fightisland https://t.co/ztAjIFpP6q