WrestleMania 36: John Cena Loses to The Fiend, an Epic Boneyard Match & So Much More 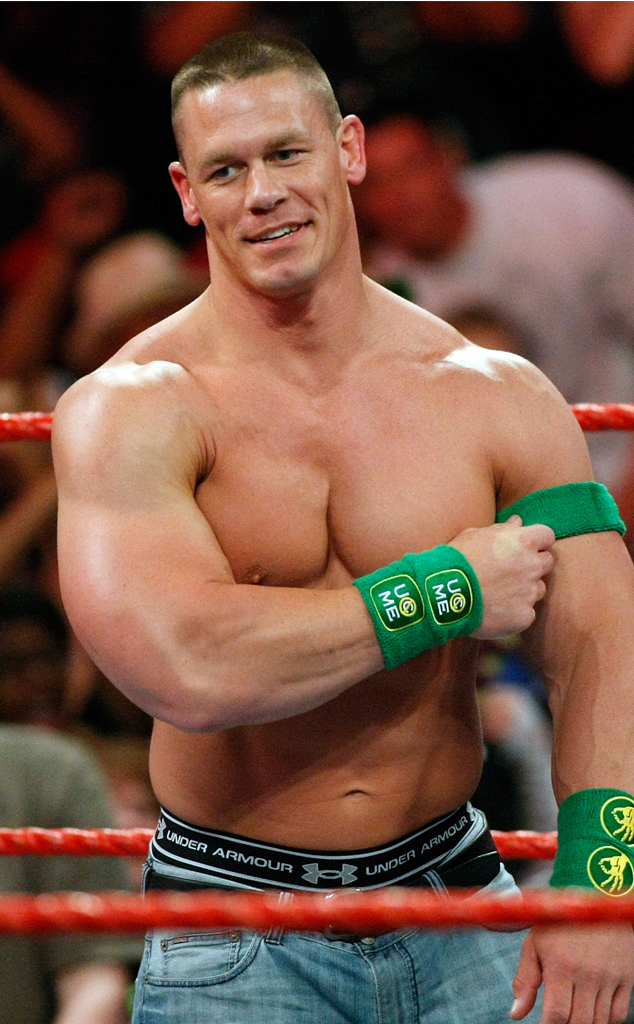 A WrestleMania so big, it required two nights!

With everyone busy social distancing and staying inside amid the coronavirus pandemic, WrestleMania 36 proved to be the perfect distraction this weekend. As we previously reported, rather than cancel the beloved wrestling event, the WWE declared that they would make WrestleMania a mega, two-night live stream event.

Although the WWE’s best and brightest didn’t have fans cheering in the audience, they still put on one heck of a show from the WWE Performance Center in Orlando, FL. From The Undertaker and AJ Styles‘ epic boneyard match to John Cena‘s wild face-off against “The Fiend” Bray Wyatt, WrestleMania was jam-packed with some major moments.

Oh and we can’t forget to mention Brock Lesnar and Drew McIntyre‘s intense match. (More on that later!)

But those weren’t the only highlights from this year’s show. Scroll down to see our top 5 major WrestleMania 36 moments!

Heading into WrestleMania, Lynch (also referred to as The Man) was the longest reigning Raw Women’s Champion. She nabbed the title from Ronda Rousey during WrestleMania 35 and has held onto it ever since.

Yet, many wondered if she’d be dethroned by the ferocious Shayna Baszler, who infamously bit Lynch in the neck during one match.

Thus, it wasn’t surprising when the Lynch vs. Baszler match turned out to be quite the slugfest. Even though Baszler had Lynch in her signature Kirifuda Clutch, The Man found a way to escape it. In fact, Lynch reversed the move and pinned a shocked Baszler.

We can’t say we’re surprised that Lynch kept her title, she is The Man after all.

Goldberg has been stripped of his title following his face-off against the 6′ 8″ Braun Strowman. This was definitely shocking since Strowman wasn’t originally supposed to wrestle the WWE legend.

As WWE fans surely know, Goldberg was slated to go up against Roman Reigns. However, since Reigns is immunocompromised following his past battles with leukemia, he had to walk away from the showdown.

Nonetheless, the Goldberg vs. Strowman match was one to remember. Why? Even after four spears from Goldberg, Strowman didn’t falter. He responded with four powerslams of his own and, in turn, won the Universal Champion title.

3. One of the Best WrestleMania Matches of All Time

WrestleMania 36’s boneyard match between The Undertaker and AJ Styles was dramatic, unique and cinematic. The brains behind this showdown certainly used the lack of audience to their advantage as they had the wrestlers face off on a closed set.

The bout, which featured a spooky abandoned farmhouse, a shovel, an empty grave, sneak attacks and so much more, could easily be described as a masterpiece.

At first, it seemed that Styles would take the match as he was on the verge of burying his opponent alive. Yet, The Undertaker teleported onto the roof of the farmhouse and choke-slammed Styles from the high ground.

We learned this the hard way as we watched WWE legend Cena get defeated by Wyatt’s The Fiend. While we really thought Cena would come out on top in this good vs. evil match, The Fiend proved to be a formidable opponent (as well as highly entertaining).

So, how did Cena end up defeated at WrestleMania? After entering the Show of Shows to his standard entrance, The Fiend took control of the broadcast and lured Cena into a fun house. It was called the “Firefly Fun House Match” after all.

Upon entering the trippy fun house, Cena was met by a puppet version of Vince McMahon and was subsequently forced to relive the many stages of his WWE career. Yes, even Doctor of Thuganomics.

As this wild introspective attack came to an end, The Fiend grabbed Cena by the face using his signature move, the Mandible Claw.

5. The Beast Is Defeated by the Chosen One

In what was a shockingly short match, Drew McIntyre fulfilled “the Chose One” prophecy by defeating the beastly Brock Lesnar. The Scottish Terminator earned the chance to face off against the WWE Champion as he was the winner of the 2020 Men’s Royal Rumble.

McIntyre left the WWE back in 2014, only to return in 2017 with one goal in mind: a WrestleMania championship title. Even though McIntyre was more determined than ever to defeat Lesnar, his victory wasn’t a shoo-in.

Regardless, thanks to a series of Claymore Kicks, he earned the pinfall victory.

What was your favorite WrestleMania moment?

Watch a brand new episode of Total Bellas Thursday at 9 p.m., only on E!