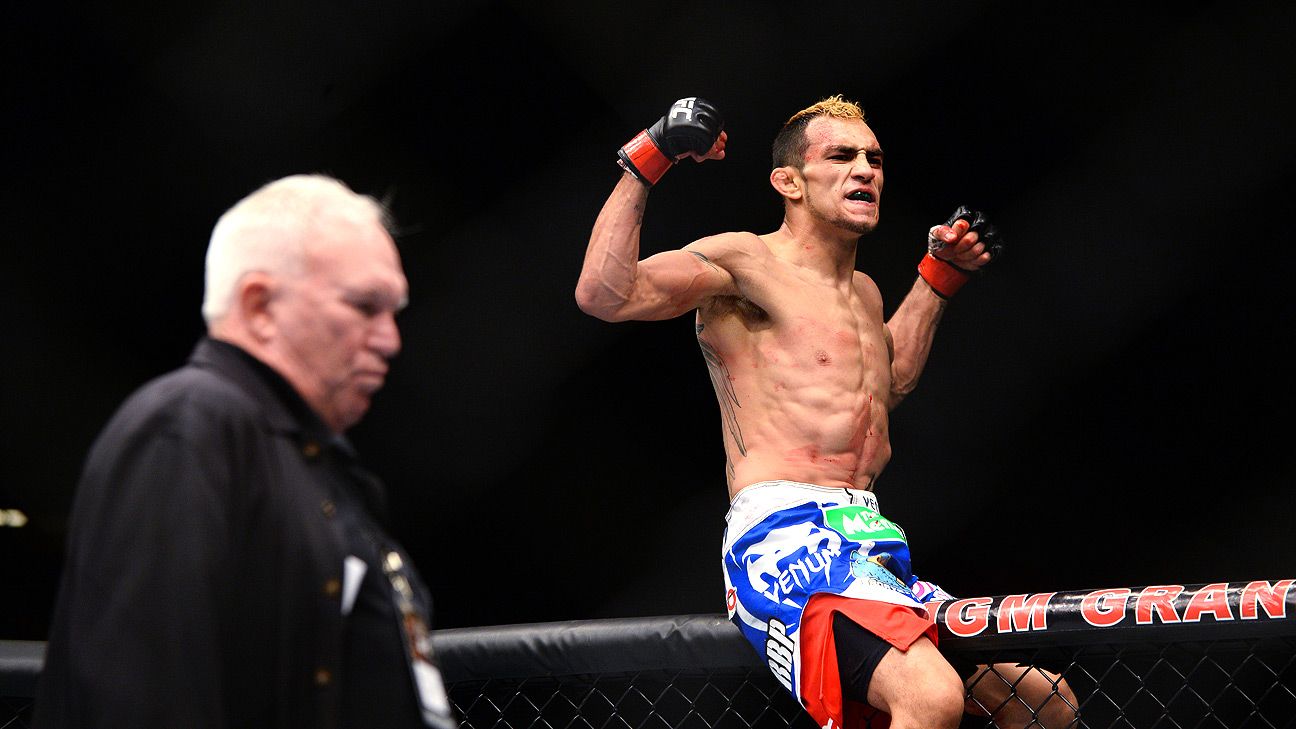 Despite facing several obstacles along the way, UFC officials are hoping to finalize the location for its April 18 show in the coming days.

According to multiple sources, the promotion feels it is very close to securing a new venue for UFC 249. It’s unclear at this time where the location will be, however, sources said it’s looking like it will take place on the west coast of the United States. The UFC has made a point to not share the specific location with many people outside the company at this time, sources say.

The current plan, as previously reported, is for the event to be headlined by Tony Ferguson vs. Justin Gaethje, however, that fight isn’t signed yet. The original main event between Ferguson and lightweight champion Khabib Nurmagomedov fell through last week when Nurmagomedov returned home to Dagestan, Russia, from San Jose, California, which is where he trains.

An offer has been on the table for Ferguson to fight Gaethje for over a week, but Ferguson told ESPN last week he would only consider the offer if the UFC found a location for the event.

“It doesn’t matter who we have. We’re gonna try to make this thing go,” Ferguson said. “At least some of the people in the world have a little bit of hope. The guys that are really doing it are the doctors and the nurses and the people taking care of everybody. If we can do our little bit of part to try and make something happen, I’m down with that.”

UFC 249 was originally scheduled to take place at the Barclays Center in Brooklyn, N.Y. That was canceled a couple of weeks ago in the midst of the spread of the coronavirus.

Since then, the UFC has been forced to cancel three shows — on March 21, March 28 and April 11 — but continued to say the April 18 show would happen. The promotion has looked at numerous locations domestically and internationally over the past three weeks, sources say, and is determined to put on the event despite most major sporting organizations going on hiatus during the pandemic.

It is also expected, according to sources, that the UFC will hold multiple events over the coming weeks in this same new location. Following April 18, they have shows scheduled for April 25 and May 2 and UFC 250 on May 9. The organization has already begun working on filling up these cards with some of the same fights originally scheduled and new fights altogether, sources say.

It’s unclear at this time how many of the originally scheduled UFC 249 fights would remain on the April 18 card, but the expectation is the card will be different from the original lineup.