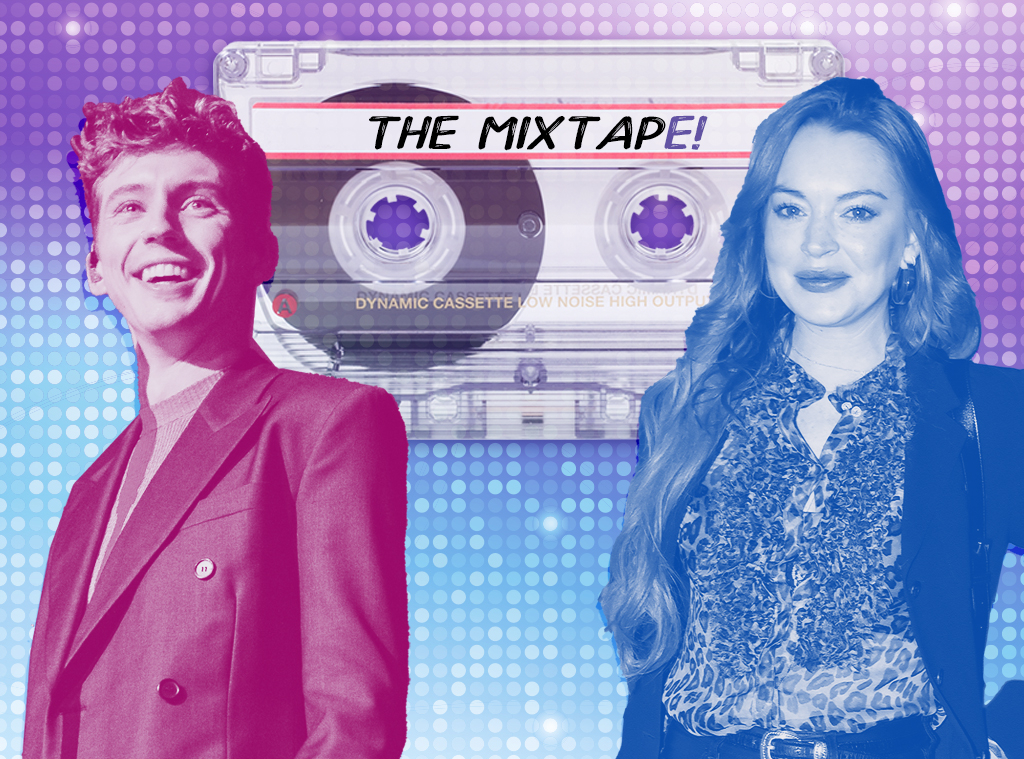 New music Fridays are a thrilling, yet daunting prospect for any music lover.

It’s essentially a weekly holiday where fan-favorite artists and fresh faces alike drop their latest offerings for all the world to hear, flooding streaming services and digital retailers with an onslaught of aural goodies. But who has the time to sit there and listen to everything before updating their playlists? There’s just too much good stuff! (And, if we’re being honest, usually a few stinkers, too.)

As it turns out, we do. Welcome to The MixtapE!

Another week down, friends. And while we begin to transition from work mode to weekend mode all while largely staying in place, thanks to the continued social distancing measures that ask everyone to stay at home amid the COVID-19 crisis, there’s nothing like a good soundtrack to help us forget about the world, our responsibilities and, most importantly, our worries—even for just a few brief minutes. With that in mind, we’ve listened to (almost) all the new music the week has to offer and returned in hand with our picks for the best of the best. So get yourself ready to dance it out. Enjoy and, as always, stay safe.

For his first new solo release since the drop of his stunning 2018 album Bloom, Troye linked up with Swedish producer Oscar Gorres for this melancholic little slice of synth-pop that finds him questioning all that he’s been chasing the last few years. Whether this is just a one-off or the precursor to a larger project, the track showcases continued growth from our favorite Aussie pop star. It’s a knockout. And that swerve into club-ready house in the outro? It’s everything.

For those of us who’ve been holding out hope for a return to form from the one-time pop star who gave us the gem that is “Rumors,” this is the day we’ve been waiting for. On her first single in 12 years, LiLo delivers an absolute serve. With lyrics that embrace the rocky road she’s walked down the last few years while celebrating a return to form and her signature smoky vocals largely in tact, the chill electro-pop track is an absolute vibe. (And yes, we can hardly believe we’re writing this. 2020 is wild, y’all.)

If this latest single from the 6 God isn’t already by TiK ToK challenge by the time you read this, then something is very wrong.

I’m Your Empress Of, the third album from L.A.-based artist Lorely Rodriguez, out today, is remarkable, a cathartic exploration of heartbreak that’s primed for the dance floor. Seriously, good luck not getting lost in the groove while listening. And while the lyrics of this standout track are certainly emotional, the gorgeous island-influenced production is such a stunner that you’ll hardly notice you’re all in your feelings until it’s too late.

It’s been five long years since the darkly ethereal Canadian synth-pop duo have released a new album, and WOMB, out today, was well worth the wait. This standout track, which vocalist Megan James told Apple Music is about “the role of femininity and how it’s been viewed traditionally, and how I think it’s beautiful, but also really f–ked-up and dark” is simply stunning, a potent reminder of the unique qualities that make the band truly one-of-a-kind.

At long last, KIKI, the debut album from the rising R&B songstress has arrived. Over 17 tracks, her silky vocal performance and confessional lyrics lay bare just why the release has been long-awaited by those of us in the know. This collab with Ari, a sultry, blissed-out ode to the lovers they can’t get enough of, is a real moment. A whole-ass mood.

Thomas calls on a few of his famous friends for this inspirational and uplifting track that stands to do a lot of good now that it’s out in the world. “I wrote ‘Be A Light’ last year as a way to process negativity and sadness I was seeing in the world,” he said in a press release announcing the track. “Now, as I sit in my home with my family on my 30th Birthday, we are in the middle of a world-wide pandemic affecting every single human on earth, all while our town of Nashville is still healing from devastating tornadoes that destroyed so much of our city less than one month ago. But, among the wreckage, I see us come together in ways I never dreamed possible. I knew in my heart this was the time to share this message with the world and our community. The voices who join me on this track are some of the brightest lights I know. I hope this song serves as a reminder that we are all in this together.” What’s more, all proceeds from the track will be donated to the MusiCares COVID-19 Relief Fund.

Isaac continues to prove why he earned a spot on our list of the 15 next-gen pop stars worth discovering now. On this unbelievably catchy release, the queer wunderkind offers an anthem for all the kids out there who’ve never fit in and have never had much of a desire to. An uplifting message of self-acceptance that also slaps? We have no choice but to stan.

Sam Hunt — “Sinning With You”:

Finally, the long-awaited follow-up to Montevallo, Sam’s 2014 debut album is here. And this sweet standout track proves that Southside just may have been worth the six-year wait. Mixing the strums of an acoustic guitar with a more rhythmic beat, the production smartly mirrors the lyrical exploration of a man reevaluating the traditional values instilled in him since birth by the church in the face of a love that is unquestionably holy. The track may have been released ahead of the album earlier this year, but it’s absolutely the one to have on repeat this weekend.

This collab between Latin pop boy band and the Dominican songstress is a breezy bop that’ll help bring the beach to you since you can’t go to it. Just turn it on, close your eyes, and let it take you away.

Diana Gordon — “Sad Boys”: After wowing with lead single “Rollin,” Diana has dropped her eight-song EP Wasted Youth. It’s all excellent, but this track, dedicated to her attraction to a very specific sort of bad boy, is an early standout.

Bazzi — “Renee’s Song”: This latest taste of the singer-songwriter’s sophomore album is remarkably romantic, dedicated to his titular girlfriend on their two-year anniversary. Very swoon-worthy.

ONEWE feat. Hwa Sa — “Q”: The Korean alt-rock band links up with the MAMAMOO member for this smooth rock-R&B track that sets them apart from much of the other groups in the crowded K-pop space.

Joshua Bassett — “Common Sense”: The High School Musical: The Musical: The Series star delivers a gentle and heartfelt ballad with his debut single, a home run on his very first at bat.

Kllo — “Still Here”: The Melbourne duo return for the lead single from their forthcoming sophomore studio album Maybe We Could, a poignant dance track that’ll have you dancing through the tears.

Watch NBC News Special Report: Coronavirus Pandemic Tuesdays at 10 p.m. ET/7 p.m. PT on NBC, MSNBC and NBC News NOW. For the latest updates on the coronavirus pandemic and for tips on how to prevent the spread of COVID-19, please visit The Center for Disease Control and Prevention at https://www.cdc.gov.