Rihanna Talks New Music and Her Future as a Mom

When it comes to Rihanna, fans have music on the brain—and so does she.

It’s been more than four years since the multihyphenate released Anti, her eighth and most recent studio album. Since then, the star has been hard at work with her many other businesses, including her beauty brand and as the head of Fenty Mason.

However, that hasn’t stopped her devoted fans, collectively known as The Navy, from passionately clamoring for new tunes all these years. Now, on the heels of a new track with PartyNextDoor, it feels like the answer to fans’ wishes is more imminent than ever.

“I can’t say when I’m going to drop,” the megawatt star told British Vogue as the May 2020 issue cover girl. “But I am very aggressively working on music.”

As for the style of her eventual tracks, the 9-time Grammy winner won’t be boxed into one category.

“I don’t want my albums to feel like themes,” she told the magazine. “There are no rules. There’s no format. There’s just good music, and if I feel it, I’m putting it out.”

As for that reggae album she confirmed she was working on, don’t worry—”Oh no, that is happening,” Rihanna echoed to British Vogue. But, it sounds like that’s not the only style at play. “I feel like I have no boundaries. I’ve done everything—I’ve done all the hits, I’ve tried every genre—now I’m just, I’m wide open. I can make anything that I want.” 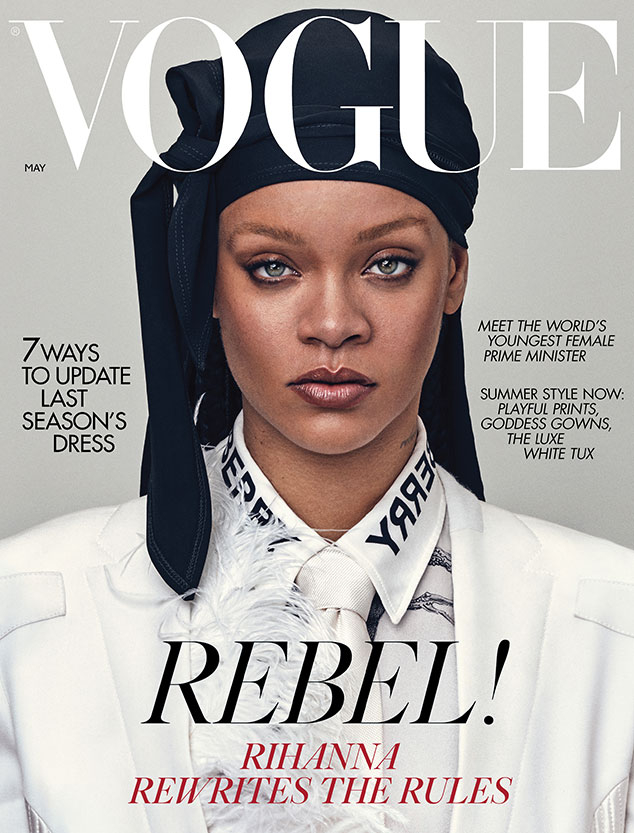 While the 32-year-old is focused on all things career right now, Rihanna explained to the magazine, “I’m working like this now so that I don’t have to in the future.”

As she confirmed to British Vogue, that future includes children—”three or four of ’em” by the time she’s 42—and with or without a partner.

Read the full feature in the May issue of British Vogue, available via free digital download and on newsstands April 3.