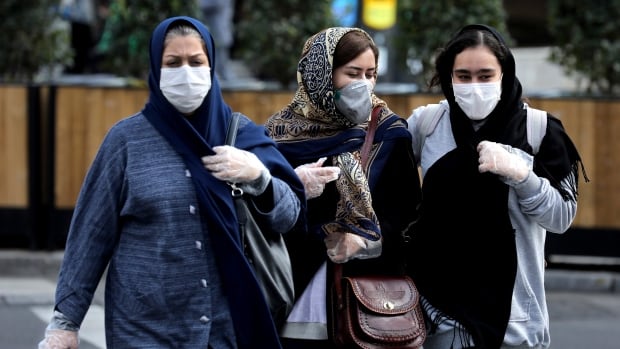 The federal government is not planning to repatriate more Canadians from coronavirus-affected countries such as Iran, Foreign Affairs Minister François-Philippe Champagne said today.

Several countries, including Iran, Italy and South Korea, have reported outbreaks of COVID-19, the respiratory illness caused by the novel coronavirus that originated in Wuhan, China. Those countries are taking steps to contain the outbreaks, including quarantines.

Champagne said the government will deliver consular services to people who may have difficulty getting back to Canada, such as help with travel documents — but Ottawa is not considering airlifts at this time.

“We have pockets of people who need consular assistance and that’s what we’re doing, but there’s not been a request, nor is there a plan, to repatriate a significant group of people,” Champagne said on his way into a Liberal caucus meeting in Ottawa.

“People can use commercial means to come back.”

Champagne said Canada’s interests are being represented by the Italian embassy in Tehran because Canada and Iran do not have diplomatic relations.

The government has airlifted hundreds of Canadians from China and Japan since the outbreak began. It chartered one plane to bring home Canadians from the Diamond Princess cruise ship — which had been docked in Japan since Feb. 3 due to concerns about COVID-19 — and two other planes to repatriate citizens and family members from Wuhan, the epicentre of the outbreak.

The Iranian Canadian Congress (ICC) has written to Prime Minister Justin Trudeau, Liberal ministers and opposition critics calling on the government to do the same for people now stuck in Iran because neighbouring countries have closed their borders and many airlines have stopped flying in and out of the country.

ICC vice-president Pouyan Tabasinejad said his organization has heard from dozens of Canadians reporting they are effectively stranded in Iran.

“As such, we ask that you immediately arrange for Canadians in Iran to leave the country and return directly to Canada, as Canada has done with Canadians stranded in like manner in China,” Tabasinejad wrote.

“Before you travel for the March break, make sure you register and make sure you know where you’re going because this situation with the coronavirus is evolving by the hour,” he said.

Health Minister Patty Hajdu said Wednesday the risk of infection remains low for individual Canadians — but the situation could change at any time.

“Given that we’ve seen the spread go global, as you can see from country after country adding themselves to the list in terms of having infections, what that means is that globally there’s a higher likelihood that we’ll see an outbreak in Canada,” she said.

There have been 12 cases of COVID-19 in Canada so far — seven in British Columbia and five in Ontario. The most recent Ontario case is a woman in her 60s who went to the emergency department at Toronto’s Sunnybrook Hospital on Feb. 24.

She had travelled to Iran recently and became ill after she returned to Canada on Feb. 15.

The Public Health Agency of Canada (PHAC) said that as of Monday, messages on airport arrival screens in Canada had been updated to “reflect the potential for more widespread global transmission.” Those messages advise all travellers from anywhere abroad of the need to inform a border official if they are experiencing symptoms, such as fever, coughing or difficulty breathing.

Hajdu said no specific countries are mentioned, other than China, because the list of affected countries continues to evolve.

“As the coronavirus changes and travels across the globe, it’s getting more and more difficult to isolate which countries are more specifically affected,” she said.

When a traveller shows symptoms of an infectious disease when arriving in Canada, border, airport or airline staff contact a Public Health Agency of Canada (PHAC) quarantine officer after a preliminary screening of the person.

Travellers showing symptoms of COVID-19 are then moved to a designated area in each airport or an isolation room.

PHAC said it also has increased the number of public health officers at key airports responsible for working with border officers to screen ill passengers and provide information to healthy ones.

“Entry screening alone is not a guarantee against the importation of this new virus but is an important public health tool during periods of uncertainty and is part of a multilayered government response strategy,” says a statement from PHAC.

“Health authorities at all levels of government are working to ensure that our preparedness and response measures are appropriate, adaptable, so that our systems are ready to meet the challenges of the evolving situation.”

PHAC said measures imposed to date have been effective in containing the spread of the virus in Canada, but they’re re-evaluated frequently based on new evidence to prepare for the possibility that the virus could spread further.