Contract could land Western University tech on the moon 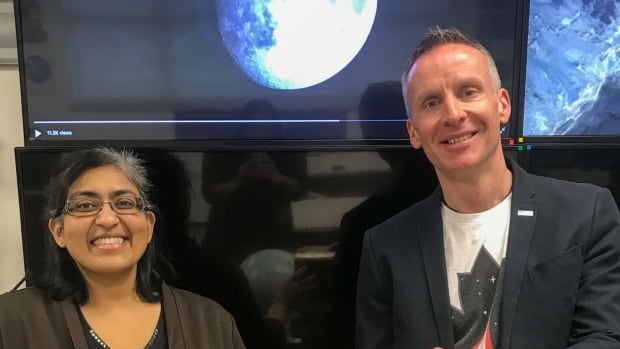 Western University has been awarded a multi-million dollar contract by the Canadian Space Agency (CSA) to build a high-tech camera that may be used on rovers for future missions on the moon.

“We’ve not had something on the surface of the moon built by Canada ever,” said Gordon Osinski, director of Western University’s Institute for Earth and Space Exploration.

“A lot of people don’t know about London, Ontario and Western really becoming an epicentre for space research in Canada and internationally,” he added.

The camera, otherwise known as an integrated vision system, will be able to capture shorter and longer wavelengths compared to a typical smartphone camera, allowing researchers to get a better look at the composition of the moon’s surface.

In addition, it will also have a Light Detection and Ranging component to help researchers explore the moon at night and areas where there are shadows.

“Some of the most scientifically interesting places on the moon are these permanently shadowed regions near both poles where we think there might be water hiding away,” Osinski said.

Under the 18-month contract, the CSA will provide $690,123 toward the initial design and development of the high-tech camera.

Osinski said one of the challenges researchers will have to figure out is how the camera will survive getting to and staying on the moon’s surface.

“Anything you send to another planet has to withstand the extreme temperatures and radiation, so that really doubles and triples the price you might think of for something here on Earth,” he said.

“We really are only talking about a few years until we see lots of robots and eventually, humans back on the surface of the moon,” he added.

The project is funded through the CSA’s Lunar Exploration Accelerator Program, where $150 million has been allocated over the next five years to help businesses and post-secondary institutions create new technologies that can be used in lunar orbit or on the moon’s surface.

So far, seven contracts have been awarded worth a total of $4.36 million.