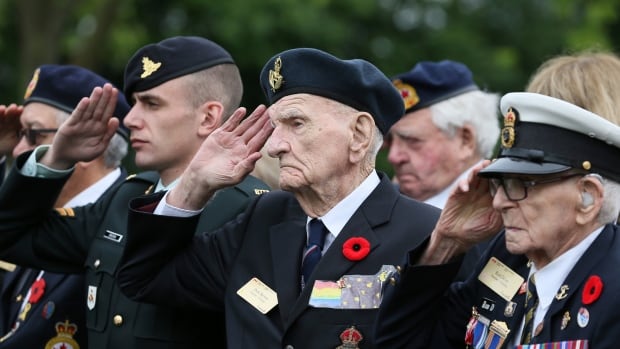 A House of Commons committee has voted to examine claims that Veterans Affairs has been quietly tightening access to the mental health services received by families of injured former soldiers.

The country’s veterans ombudsman has told CBC News he’s heard directly from a number of families affected by what’s being described as a re-interpretation of existing guidelines.

Alberta Conservative MP Dane Lloyd, a reservist with the Governor General’s Foot Guards, put forward a motion Tuesday before the veterans affairs committee which calls for testimony from the ombudsman, Craig Dalton, and senior government officials.

“As someone who has served in the Forces, we all know that if somebody serves, their family serves with them,” Lloyd said Tuesday.

“When I read reports that families are being denied previously-approved mental health services, I knew this was an issue we needed to bring up right away.”

Some families have been told in writing that their counselling and support services will cease, while others have gotten phone calls from Veterans Affairs staff to explain how things are changing.

Dalton, speaking to CBC News last weekend, said he believes a more restrictive interpretation of the rules “will result in less support for family members.”

At least two MPs on the all-party committee said Tuesday they have heard similar concerns from families in their ridings.

It will be next month before government officials and Dalton, a former soldier himself, appear before the committee.

Lloyd said he’s looking for “transparency” from the department and Veterans Minister Lawrence MacAulay, especially in light of the fact that officials have insisted their policy toward family counselling remains unchanged.

John Embury, a spokesman for MacAulay, said last week that the minister has reminded his officials that “the policy is to be applied as flexibly as possible” with the goal of ensuring that veterans and their families receive the care and support they deserve.

‘The minister has to take responsibility’

Lloyd said the minister appears to be passing the buck.

“I believe that the minister has to take responsibility for his department,” he said. “Simply throwing our frontline veterans affairs under the bus is not going to cut it. The minister needs to issue a clear direction, not just for flexibility, but to disavow changes that impact families of veterans who have not been involved in crime or anything like that.”

On Tuesday, Embury said the minister’s “direction to the department was clear when he instructed his deputy minister that the policy is to be applied as flexibly as possible.”

The department’s policy of paying for the counselling of family members was the target of intense criticism in the summer of 2018, when news emerged that a convicted killer was getting taxpayer-funded treatment for the PTSD caused by the murder he committed.

Christopher Garnier, who has never served in the military, was sentenced almost two years ago to life in prison for the second-degree murder in 2015 of an off-duty Nova Scotia police officer, Catherine Campbell. He was eligible for counselling because his father had served.

Veterans Affairs says the department must satisfy three criteria before paying for family members’ counselling: the treatment must be for a short period of time, a veteran must be relying on the family member as a caregiver and the services being funded “must focus on achieving a positive outcome for the veteran, not on treating a family member’s own condition.”