Will tech be Alberta’s next big thing? Industry and schools are a hard yes, despite government priorities 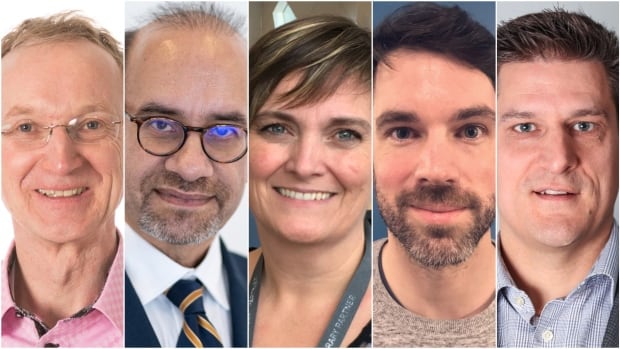 You could be forgiven for thinking the Alberta government is counting on another oil boom, based on its funding the energy-friendly “war room” while slashing in other areas. But post-secondary schools, transition programs and even the oil industry itself seem to have lots of their eggs in the technology basket, experts tell CBC News.

Tyler Farmer, now with the Information and Communications Technology Council, used to work in oil and gas.

He says technology is impacting the oil and gas sector in ways many people could not have imagined just years ago.

“It’s on the data side,” Farmer told The Homestretch.

“We are hearing a lot that data is the new oil. It’s what you can do with that, refine it, and find the return on investment that people are getting really excited about. Oil price may not go back up to where it was, but there’s a lot we can do with this collected data to find and eek out value at every point of the process.”

He says big industry players already see the writing on the wall.

“On the clean tech side, they are looking to find efficiencies that correspond with climate change and lowering our carbon footprint,” he said.

“We are seeing companies like Shell investing $1 billion to $2 billion in this, and going forward that’s going to be $4 billion a year.”

How do we transition people?

“Predictive analytics can forecast when wear and tear is going to happen months in advance and then send people out at specific times for upgrades,” Farmer said.

But that technology will mean a shift in where the workers are placed.

“Different jobs, so we have to figure out, ‘How do we transition people into some of these tech jobs?’ There are many institutions already trying to tackle that.”

A problem that was set up to address that exact challenge, EvolveU, is starting to show results.

“It’s a way for people to transition into technology,” facilitator Margo Purcell said.

“There are two components. They build technical capability, they are learning how to code, software development. The non-technical component is learning to work with others, collaborate and communicate with people with a variety of styles.”

EvolveU is based at the new central library in Calgary and so far it’s attracted a range of people, many wanting to leave oil but all wanting to get into tech.

‘Gives me quite a bit of hope’

Jason Moore is retraining as a full stack developer after eight years in oil and gas.

“It gives me quite a bit of hope,” Moore said.

“Even if the work isn’t in Calgary, you can work in this industry from Calgary and provide services across the world. In software programming, I get excited anytime I get a piece of code to work. It’s very millennial of me to say, but it’s instant gratification.”

“Everything started in 2019 when I decided to switch careers, to go into data science,” Peralta said.

“It’s challenging but it’s fun. I am hoping I can find a job. We are all looking for an opportunity in tech.”

Program facilitator Purcell says EvolveU has a success rate of about 80 per cent of people finding work after the program.

Post-secondary schools in southern Alberta are taking placement a step further, with fresh programs to serve hoards of students interested in the tech sector.

“We need to not only keep the tech sector alive and well but help add to the ecosystem,” University of Calgary computer science department head Christian Jacob told The Homestretch.

U of C is launching a new information security certificate program in the fall and an intensive computer game design week in June, if you just can’t wait.

That’s on top of a data science analytics program launched a couple of years ago.

The number of computer science undergraduates at the school has increased 50 per cent in five years, from 800 to 1,200 students, so you’ll need a 90 per cent to get in from high school.

Down at the University of Lethbridge, seats in the program are up as companies snatch students before they graduate, school officials say.

Lethbridge College is riding the information tech wave, too.

“The program has doubled in size in the last year,” Stephen Graham said.

“Our grads enter the tech workforce at small businesses and startups in Lethbridge, go on to university, or start their own businesses.”

Back in Calgary, Mount Royal University now offers the option of staying on its campus for a full, four-year computer degree, rather than transferring to another school after two years.

But provincial cutbacks have left the school scrambling.

“It has caught us all off guard. We could have easily offered a program with a much bigger intake, but we were approved for 50,” science and technology dean Jonathan Withey said.

Those 50 seats drew more than 400 applicants.

Demand is also up at Bow Valley College, the associate dean of creative technologies says.

“If the wait list is any indication, the demand has continuously gone up, 10 to 15 per cent over the last couple of years,” Sharaz Khan said.

“A couple of the programs we are offering in September are three-quarters full right now, so we have had to lift the cap on some of that to increase our capacity.”

Bow Valley already has diploma and certificate programs. This fall, it is launching a new cybersecurity program and cloud computing and artificial intelligence programs are on the horizon.

The Southern Alberta Institute of Technology is busy trying to figure out how to build a new digital school from the ground up after a record $30-million donation by local philanthropist David Bissett. It’s expected to be a game changer in the province.

SAIT has degrees and diplomas in information analysis and cybersecurity systems and some customized programing for managers from the energy sector.

Also on the receiving end of gifts, Olds College is launching two programs out of its Werklund School of Agriculture Technology.

And DOT technology is on the leading edge, the school’s dean says.

“Agriculture is one of the last mega industries to be fully disrupted by technology,” James Benkie said.

“Cross-sector technology is flowing into agriculture readily. It is a lot of time just looking for problems to solve. Autonomous technology is one of the exciting things they will be teaching.”

Benkie says Olds College will be one of the first in the world to offer this technology training to students.