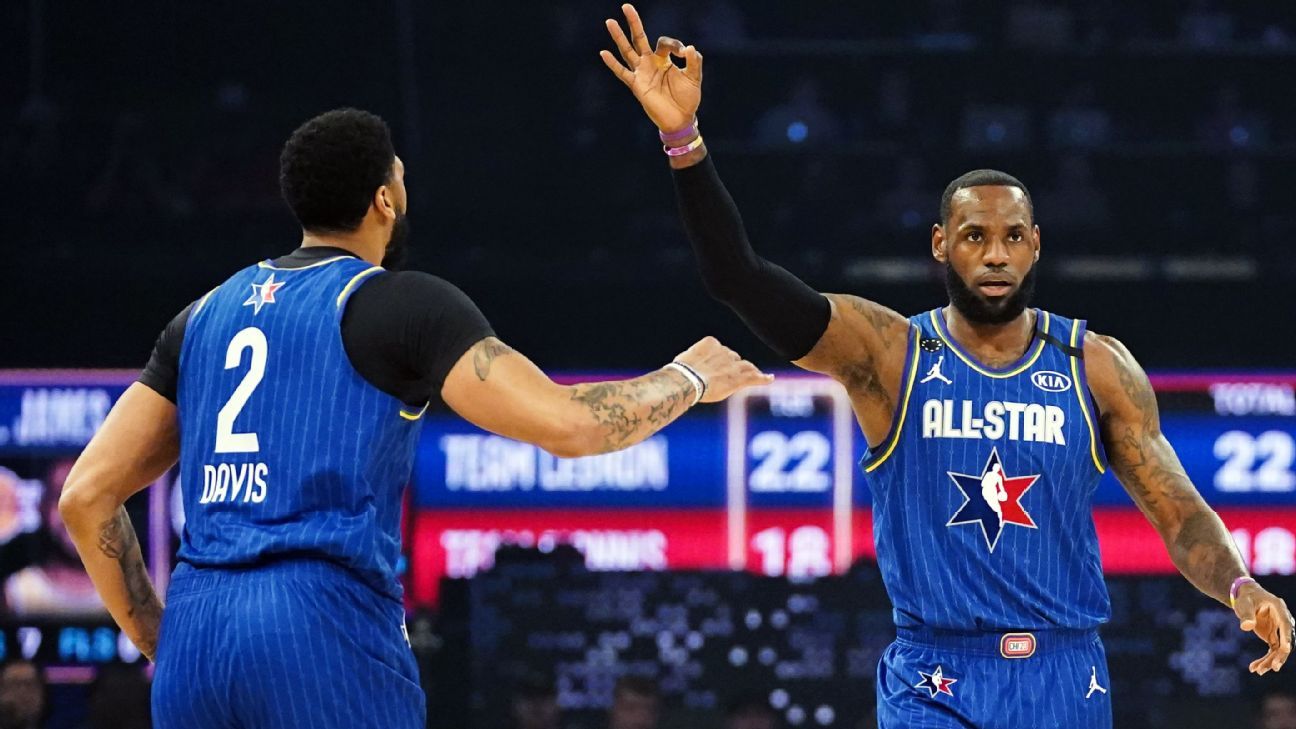 NBA fans won’t soon forget the 2020 All-Star Game, which included a wild finish and ultimately a 157-155 victory for Team LeBron.

It also included some very moving tributes to Kobe Bryant and his daughter Gianna, and the NBA is not done honoring the late Los Angeles Lakers legend.

The league is auctioning off game-worn All-Star jerseys and will donate the proceeds to the Mamba on Three Fund and the Mamba & Mambacita Sports Foundation.

To honor the life and legacy of Kobe Bryant and his daughter Gianna, the NBA and NBPA will donate all proceeds from the auction of game-worn Jordan Brand #NBAAllStar jerseys to the Mamba on Three Fund and the Mamba & Mambacita Sports Foundation. pic.twitter.com/hQLohncK5z

The most coveted All-Star jersey currently available is LeBron James‘ — the current bid is $31,020. The jersey worn by Kawhi Leonard, who was named the All-Star Game’s MVP, is up to $15,100. Giannis Antetokounmpo, the reigning league MVP, was the losing captain in this year’s All-Star Game but his jersey has risen to $10,060 nonetheless.

The closing date for all these All-Star auctions is March 5.

Storm Dennis: 'My business was flooded twice in two days'