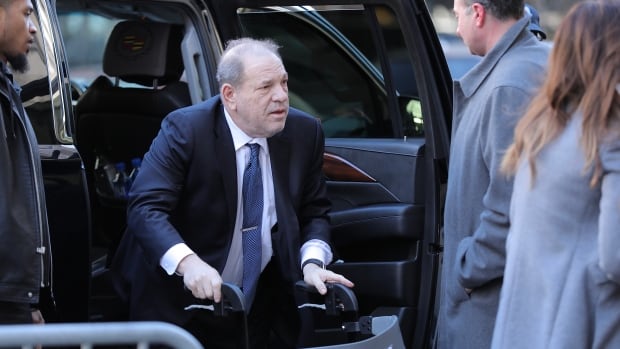 Jurors deliberating in Harvey Weinstein’s trial in New York City appear to be deadlocked on the two most serious charges against the former movie mogul.

During Friday’s lunch break, the jury asked Judge James Burke if they could be hung on the two charges of predatory sexual assault, but unanimous on remaining three charges.

While the defence team indicated it would accept a partial verdict, prosecutors said they would not.

Burke instructed the jury — comprising seven men and five women — to continue deliberations for a unanimous verdict on all charges.

Friday, which marked the fourth day of deliberations, had been set to end early at 3 p.m. ET, per a note from Burke the previous day.

Weinstein, 67, is on trial for the alleged rape of former actress Jessica Mann, now 34, in a Manhattan hotel room in 2013. He is also accused of forcibly performing oral sex in 2006 on former production assistant Miriam Haley, now 42, after getting her a job on the reality fashion series Project Runway.

Weinstein has denied the allegations, saying the sexual encounters were consensual.

She was bullied for her love of bugs. Now, this 11-year-old has written a picture book about it