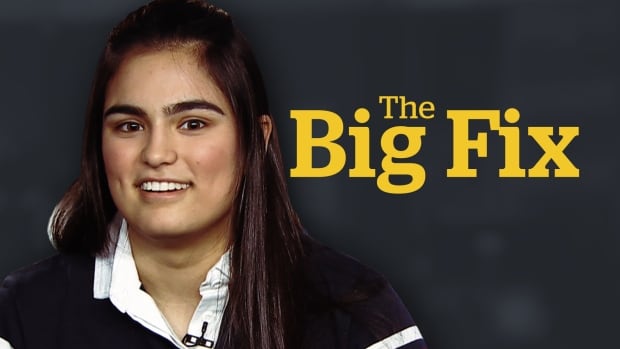 “There are a whole bunch of different industries, like gene editing, quantum computing, machine learning, brain-computer interfaces, that are developing really rapidly and their implications will totally redefine what it means to be human and the way we live,” Chadha told Power & Politics host Vassy Kapelos in an interview last month.

“I don’t think that we as a country, or our different societies and cities, are ready for it at all.”

Chadha points to self-driving trucks as just one example of emerging technology that could eliminate thousands of jobs.

“If we don’t start thinking about it and preparing for it now, by the time it becomes widespread it might just be too late,” she said.

Chadha, who now works with IBM, has built a toy car and an MP3 player she can control with her mind. Canadians shouldn’t be afraid to embrace those kinds of technologies, she said.

“[When] I first heard about it, I was super scared. I didn’t want the technology. Probably, like most Canadians, I was super fearful.

“But I realized that economically incentivized industries tend to not stop. They just tend to keep developing, and so the only way to, I think, create the best possible future is to become one of the leaders in the space, to try and use the technology for good.”

Chadha made the comments as part of a new Power & Politics series called “The Big Fix,” which invites accomplished Canadians to share their thoughts about the major problems facing the country and offer their solutions.

Rob Manfred has an option: Censure the 2017 Astros