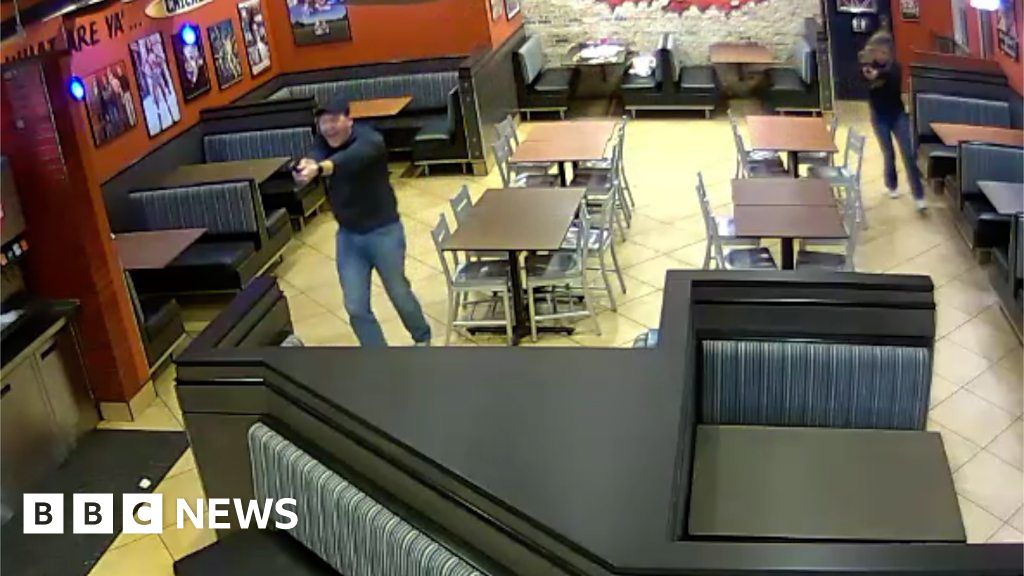 Off-duty police officers Chase and Nicole McKeown were eating dinner when they noticed an armed man enter the restaurant they were in.

The married couple tell BBC News how they sprung into action and stopped the man attempting a robbery at Raising Cane’s Chicken Fingers at the Mid City Mall in Louisville, Kentucky.

The would-be thief was later arrested.