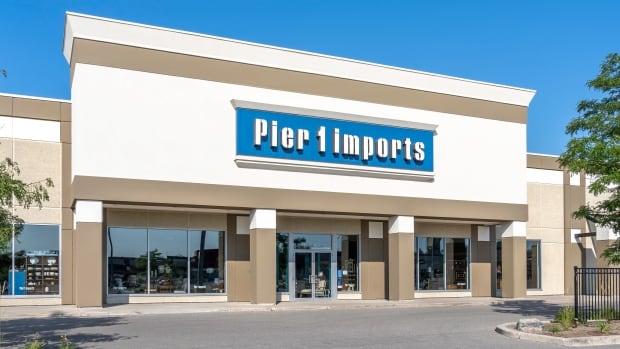 Home goods retailer Pier 1 Imports Inc. announced Monday it is filing for Chapter 11 bankruptcy protection in the United States, a month after saying it would close all its stores in Canada.

The Fort Worth, Texas-based company, which was founded in 1962 and has 1,000 stores in North America — around 50 of them in Canada — says it is pursuing sale of its U.S. retail locations while under bankruptcy protection, but confirmed all Canadian stores will shut.

Pier 1’s Canadian website now directs customers to a short statement announcing the closures and thanks them for their loyalty.

The company has been struggling with increased competition from online retailers such as Wayfair. Pier 1 has been trying to declutter its stores, improve online sales and draw in younger customers.

Pier 1 said it will conduct a court-supervised sale of the company, with a March 23 deadline to submit bids.

In the meantime, Pier 1 said lenders have committed approximately $256 million US in debtor-in-possession financing so it can continue its U.S. operations during the Chapter 11 proceedings.

It reported a net loss of $59 million for the quarter as it struggled to draw customers to its stores.

Last month, Pier 1 announced it would close a total of 450 stores. The company is also closing two distribution centres.

In a press release dated Feb.17, the company says it has closed or initiated going-out-of-business sales at more than 400 locations.

It is unknown exactly when the Canadian stores will close their doors and how many jobs will be affected.

Pier 1’s shares have fallen 45 per cent since the start of the year. They closed at $3.58 US per share last Friday.