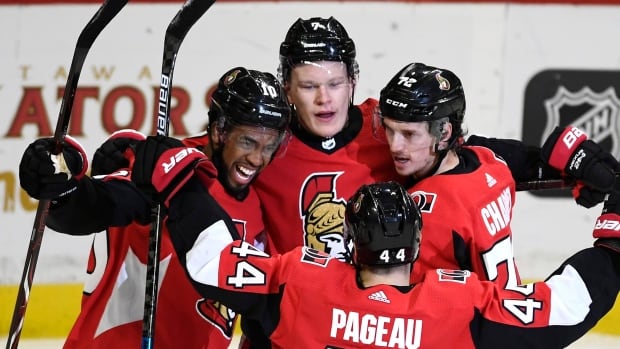 Artem Anisimov scored at 3:48 of overtime to give the Ottawa Senators a 4-3 win over the Dallas Stars Sunday night.

Both teams were playing their third game in four nights. Ottawa was coming off a 4-2 loss to Toronto on Saturday, while the Stars beat the Canadiens 4-3 in overtime in Montreal on the same night.

Ennis broke a 2-2 tie midway through the third as he picked up a rolling puck and backhanded it into an open net.