Manitoba escapes with win over Nunavut at Scotties 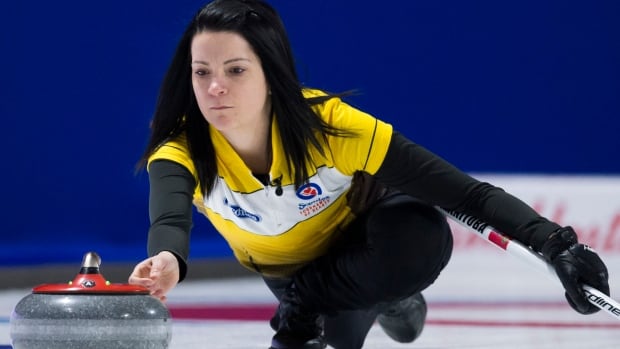 Manitoba’s Kerri Einarson escaped with a 6-4 victory over Nunavut’s Lori Eddy at the Scotties Tournament of Hearts on Sunday in Moose Jaw, Sask.

Eddy gave up a steal of two in the ninth end and Einarson ran her out of rocks in the 10th to avoid a massive upset. Einarson is second in the Canadian rankings while Eddy holds the No. 134 position.

Einarson’s great shot breaks the 4-4 deadlock in the 9th end and leads to two points and the 6-4 victory over Lori Eddy.   0:40

Ontario’s Rachel Homan posted a 10-5 win over Erica Curtis of Newfoundland and Labrador.

Championship pool play begins Thursday and the Page Playoffs kick off Saturday. The semifinal and final are scheduled for Feb. 23.