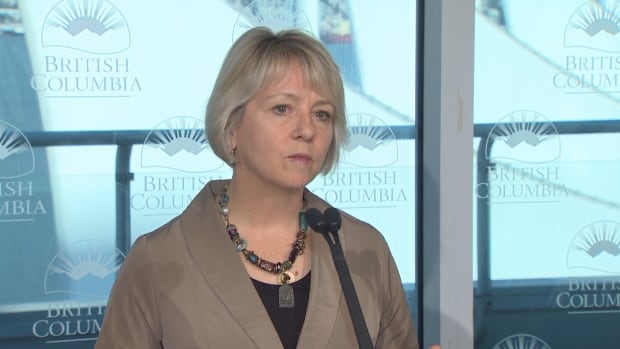 B.C. has a fifth, presumptive case of the coronavirus, according to provincial health officer Dr. Bonnie Henry.

The new patient is a woman in her 30s who lives in B.C.’s Interior. She recently travelled to China.

Henry said Friday the woman returned from China through Shanghai this past week and had not been in an area with travel bans, such as Hubei province.

She flew through Vancouver and drove in a private vehicle back to the Interior. Henry says she began experiencing symptoms upon her arrival and immediately isolated herself at home.

Vancouver Coastal Health and Interior Health are conducting investigations into the small group of people with whom she had contact.

Officials are still determining if people on the same flights as the patient need to be contacted, said Henry. She said the woman wore a mask while in transit.

Henry says the woman reached out to health officials in the Interior about her illness and was placed in isolation in hospital. The B.C. Centre for Disease Control (BCCDC) said a test for the virus came back positive Thursday afternoon. That test must be confirmed by the National Microbiology Laboratory in Winnipeg.

“So once again we’re very thankful and grateful that the people who are coming back not just from Hubei province but all over China are taking the advice very seriously to self-monitor and to connect with us and make sure that they can be tested, assessed and cared for safely,” Henry said.

Health Minister Adrian Dix said Friday B.C. has done the most testing of any jurisdiction in Canada. As of this week, the BCCDC has conducted more than 715 tests for the coronavirus on about 500 people.

Dix says B.C. has done more testing for coronavirus than any other jurisdiction in Canada. 0:38

Henry says the man with the first confirmed case in the province is recovering.

A recent test said he is free of the illness. A second test confirming that will allow him out of isolation. “So we fully expect that to happen soon,” Henry said.

All of the people in B.C. who have contracted the virus are in stable condition, Henry said.

Anyone with concerns about their illness or who want to be assessed for coronavirus risk can call 811.

China’s National Health Commission has reported 5,090 new coronavirus cases on the mainland, for a total of 63,851. There have been 121 new deaths, bringing the death toll in mainland China to 1,380.

Chinese officials say 1,716 health-care workers have been infected, and six have died.

Public health officials say the risk is low in Canada.