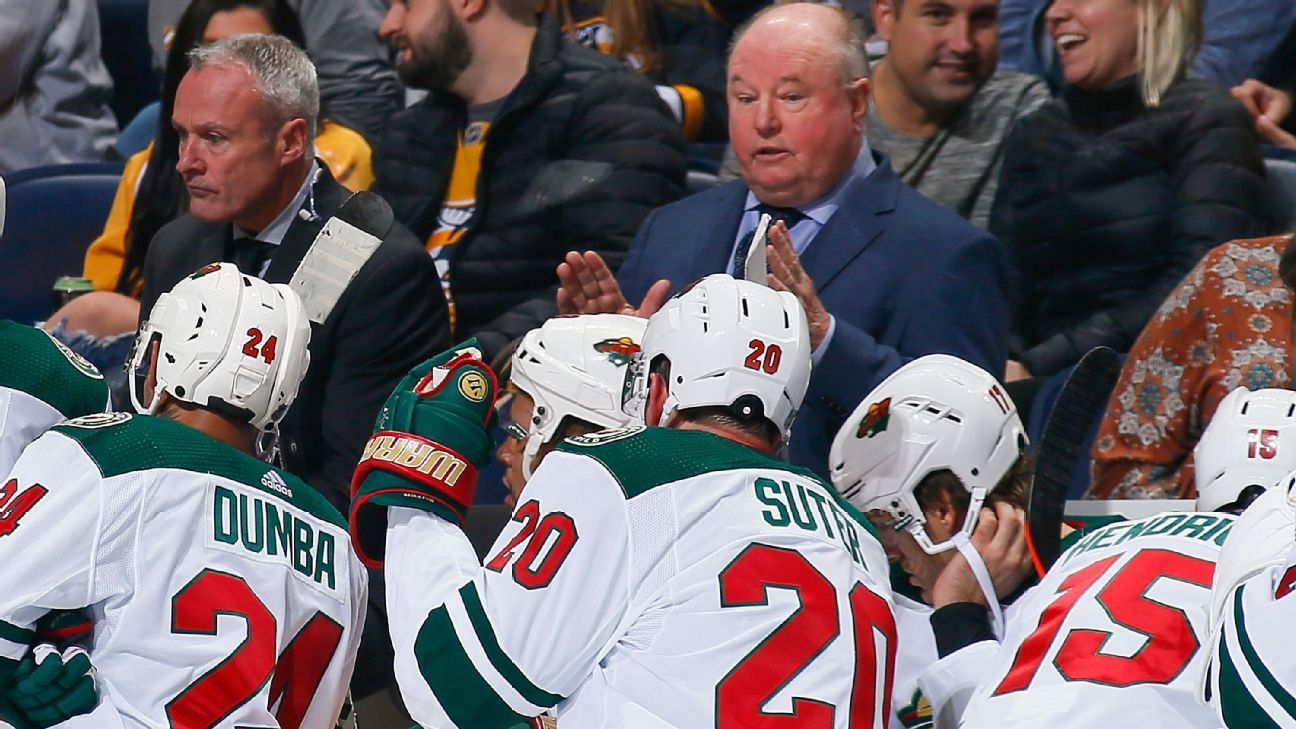 Bruce Boudreau’s wild tenure in Minnesota has come to an end.

GM Bill Guerin fired Boudreau on Friday, ending his four-season stint with the organization. Dean Evason, who was an assistant coach for Boudreau in Washington and then in Minnesota, will be named interim coach.

The timing of the firing this late in the season is a curious one. The Wild have surged as of late, winning seven of 11 games (going 7-3-1) to move within three points of a wild card spot in the Western Conference. But Boudreau, 65, was in the final year of a contract that reportedly paid him over $3 million a season.

The coach went 158-110-35 with the Wild, making the playoffs in his first two seasons but losing in the first round in five games both times. In 13 seasons as a head coach with the Washington Capitals, Anaheim Ducks and the Wild, Boudreau is 567-302-115, having made the playoffs in 10 of those seasons.

Boudreau’s time in Minnesota was a rarity for NHL coaches in that he coached for three different general managers. He was hired in May 2016, just eight days after being fired in Anaheim, by Chuck Fletcher. He was kept around by GM Paul Fenton during his only year with the team. When Guerin was hired to replace Fenton last summer, he gave Boudreau a vote of confidence.

“I’m behind him 100 percent. He’s a good coach that’s been around this game a long time, he’s won a ton of games, and I’ve got full confidence in him,” Guerin said when he was hired.

Indians' Clevinger to have surgery on left knee