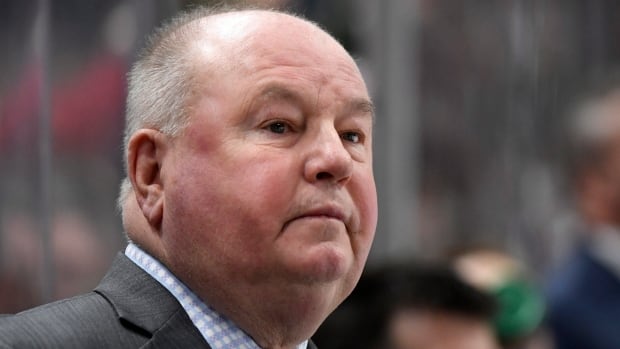 The Minnesota Wild announced on Friday that Bruce Boudreau has been relieved of his duties as head coach.

Minnesota (27-23-7) currently sits three points back of the Arizona Coyotes for the second wild-card spot in the Western Conference.

Despite a record of 6-3-1 over the last 10 games, the moves comes after the Wild squandered a two-goal lead and fell 4-3 to the New York Rangers in a shootout on Thursday night.

Assistant Dean Evason has been named as interim head coach.

Minnesota’s next game is at home on Saturday against the San Jose Sharks.

Boudreau becomes the eighth NHL coach to be fired this season.

“I would like to thank Bruce for his hard work and commitment to the Minnesota Wild during his tenure with the organization and wish him and his family the best in the future,” Wild general manager Bill Guerin said.

Boudreau, 65, has a 567-302-115 (.635) mark as head coach of the Washington Capitals, Anaheim Ducks and Wild and ranks 22nd all-time for coaching wins. He had been hired by Chuck Fletcher in Minnesota, who has since been fired and joined Philadelphia as its GM.

Evason is in his second season with Minnesota after being named an assistant coach on June 6, 2018. He joined the Wild after spending six seasons (2012-18) as head coach of the Milwaukee Admirals in the American Hockey League, leading the team to a record of 242-161-53 (.588).