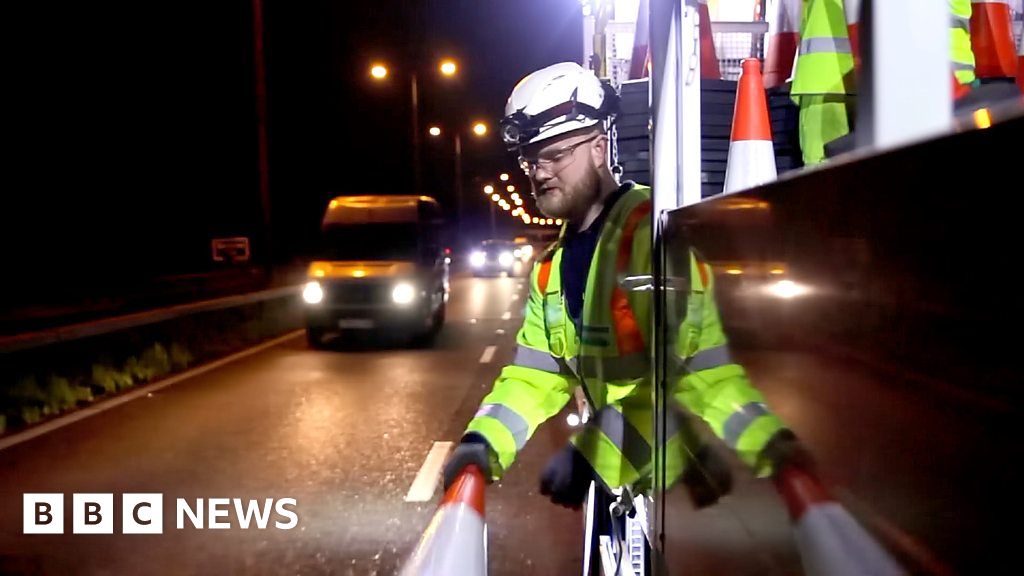 New technology is being tested so that traffic cones can be laid by vehicles rather than by road workers.

Highways England said the machines will “eliminate” the risks facing its staff who can get dangerously close to traffic on the country’s motorways.

It also said the vehicles will save workers from having to lift “10-tonne loads per shift” as they put out the cones from the side of trucks.

Trials have been taking place in Lutterworth, Leicestershire.