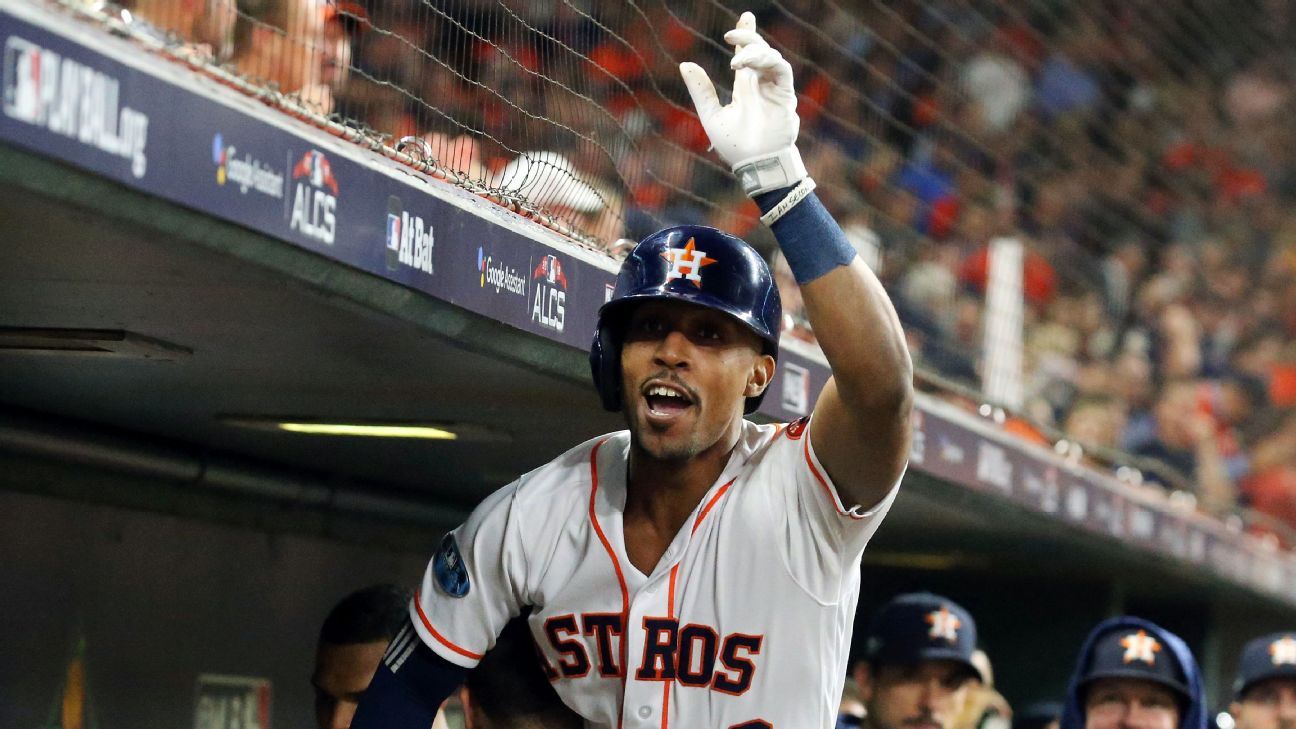 MESA, Ariz. — Called up in September 2017 by Houston, Tony Kemp immediately was asked by teammates whether he wanted to be a part of the Astros‘ sign-stealing scheme. He says his answer was a firm no and that he didn’t feel further pressure to take part.

“That stood,” the second baseman said Friday after arriving in Oakland‘s spring training camp and reuniting with former Astros teammate Mike Fiers, who went public in November about Houston’s sign stealing that rocked the baseball offseason. “Once I got there in September, the system was already in place, and I just tried to keep my head down and play hard and not really concern myself with it.”

Kemp said he appreciates the apologies by Astros players, which he considered sincere, and said “you definitely feel for them.”

“I’m not going to say that things that were going on over there were necessarily right. Those things were wrong,” said Kemp, who was acquired by the A’s from the Chicago Cubs last month. “I think that they’re feeling remorse now. You see those guys and how they feel and how they’re acting and you can definitely tell that there was some wrongdoing there.”

Kemp planned to speak to his new teammates individually rather than make a statement in front of the group.

“If I was more involved, then I think a statement would be the right thing to do, but we’re all grown men and I think if you have questions you can come up and ask me and I’ll be straightforward with you,” Kemp said. “I think that if teammates have questions and want to come up to me, I’ll be more than welcome to answer the questions.”

A’s manager Bob Melvin met with Kemp on Friday and agreed with the infielder’s approach to getting to know his new teammates, many of whom he faced in the minor leagues. Melvin said the reception might be different had Kemp been a regular player for the Astros in recent years, saying, “I think this thing gets closed pretty quickly as far as his time over there in Houston.”

“He’s got a real clear conscience about what happened,” Melvin said. “Most of our guys know him. I think in the position that he’s in, I don’t need to call a meeting and have him talk to everybody. The guys know they can go up to him and talk to him in groups. Everything I heard was all good, move forward with him. We’re happy to have him.”

Fiers, a 15-game winner last season who pitched his second career no-hitter, has declined to speak in detail about the Astros situation or his role as whistleblower. He said he approached Kemp on Friday.

“I’ve always respected Tony. He’s always been a good guy,” Fiers said. “Always got along with him. Good dude to have on the field and as a teammate.”

Kemp said he chose not to participate in the sign-stealing system because “I was comfortable with the way I was swinging the bat at the time in Triple-A.”

“Once I got called up, I just felt like I was going to trust my abilities up there,” he said. “I just didn’t want any distractions.”

He also didn’t have a guess as to how many players were stealing signs because he hadn’t been there long.

“In ’17, that was my choice,” he said. “I had four or five months in the big leagues under my belt at that time, and I just felt like at the time that I didn’t want to use it. I’m not going to sit here and say bad things about the people who did, but it is what it is. We move forward, and now we’re in the same division, so now it’s going to be fun. It’s going to be a healthy competition. I think everyone’s looking forward to it.”

Oakland won 97 games each of the past two seasons to finish second in the American League West behind Houston. Kemp, who will get regular work at second base this spring, realizes the matchups with the Astros will now have new meaning and might be difficult for Fiers at times.

“I think that leaving Houston and going to a different team, I think you have to at least say, ‘Hey, they do some things, you might have to switch your signs up or you might need to do something,'” Kemp said. “For Fiers, it’s a tough situation to be in because you have teammates in Houston but you also have new teammates. It’s a sticky situation.”