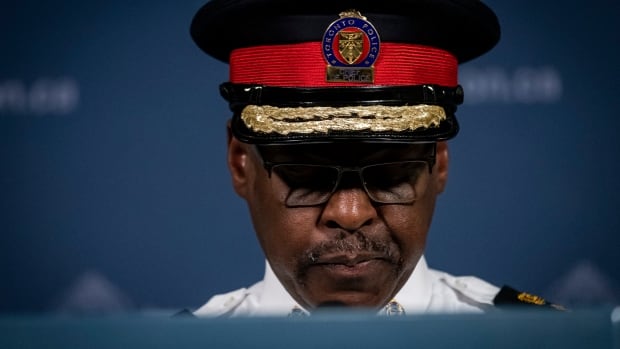 Toronto police confirmed Thursday some of their officers were using Clearview AI, a powerful and controversial artificial intelligence tool that scrapes data from billions of images from the internet.

Police spokesperson Meaghan Gray said in an email that some members began using the technology in October 2019.

Chief Mark Saunders directed those officers to stop using the technology when he became aware of its use on Feb. 5, she said.

Clearview AI has the capacity to turn up search results, including a person’s name and other information such as their phone number, address or occupation, based on nothing more than a photo. The program is not available for public use.

In January, police told CBC News they used facial recognition, but denied using Clearview AI. It’s unclear if police purchased the technology — if so, it was never disclosed publicly — or were allowed to demo the app.

Gray said the force has asked Ontario’s Information and Privacy Commissioner and the Crown attorneys’ office to work with the service to review whether Clearview AI is an appropriate investigative tool.

“Until a fulsome review of the product is completed, it will not be used by the Toronto Police Service,” she said.

Police forces across the U.S. have used Clearview AI, but there are growing concerns about how the technology is used and whether it infringes on civil liberties.

It’s unclear if Toronto police have made any arrests based on information generated by the app.

Got a call from Toronto Police today. They tell me that they do use facial recognition technology from Clearview AI and previously “made a mistake” when they said they did not. 1/