Bregman, Altuve apologize for actions in 2017 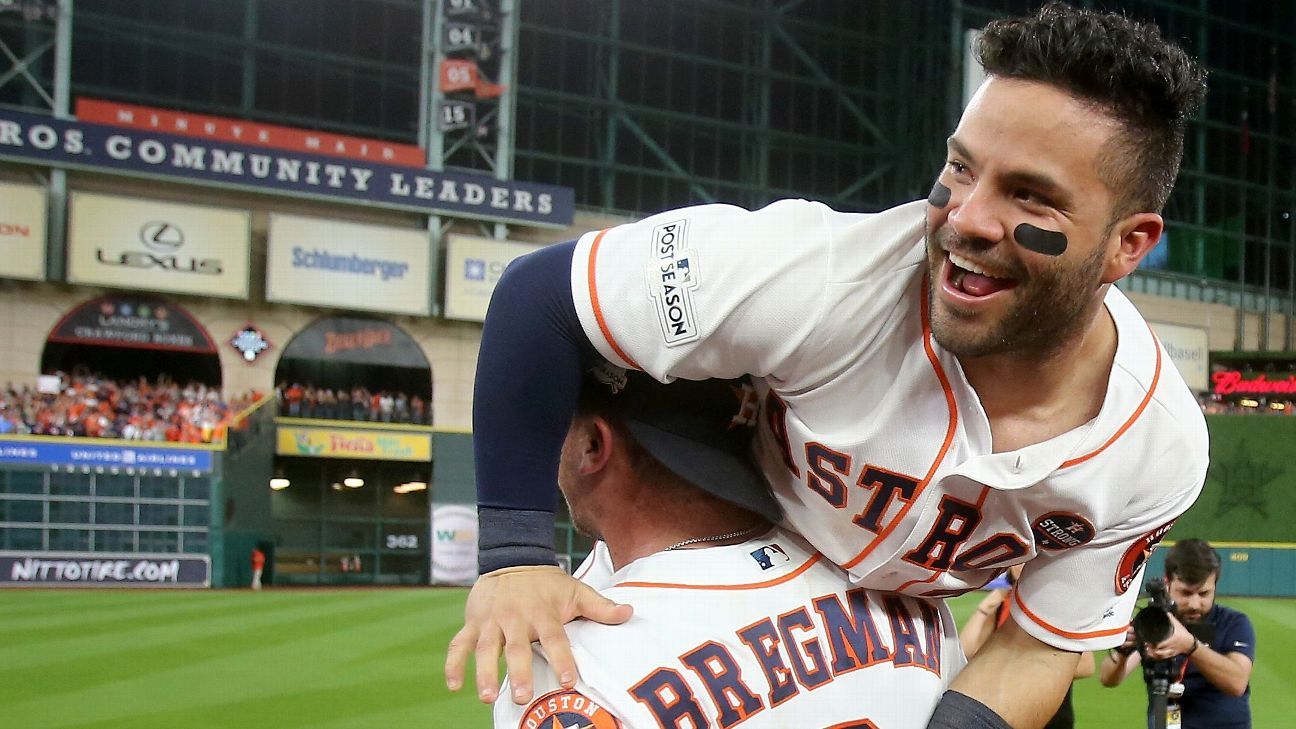 Houston Astros players Alex Bregman and Jose Altuve on Thursday apologized in brief statements for their roles in the team’s sign-stealing scheme in 2017.

The players were made available at a news conference as the Astros opened spring training in West Palm Beach, Florida.

“I am really sorry about the choices that were made by my team, by the organization and by me. I have learned from this and I hope to regain the trust of baseball fans,” Bregman said.

Altuve said the Astros had a “great team meeting” on Wednesday night and said the “whole Astros organization feels bad for what happened in 2017.”

“[I] especially feel remorse for the impact on our fans and the game of baseball,” he said.

The apologies are a change from their responses at the team’s fan fest last month, when neither player showed remorse for his actions.

The team said more players would be made available to the media later Thursday.

New Astros manager Dusty Baker said he hopes his players will be forgiven by fans and other players.

“I ask the baseball world to forgive them for the mistakes that they made,” he said.

Astros owner Jim Crane, as he did last month after Major League Baseball released its findings and punished the organization for the sign-stealing scheme, apologized and vowed “that this will never again happen on my watch.”

He pointed out that he went beyond MLB’s decision to suspend manager AJ Hinch and general manager Jeff Luhnow by firing both men, and Crane said he agreed the players should not be punished. He called them “a great group of guys.”

He was asked whether the Astros should keep their World Series championship from 2017 and pointed out that MLB made it clear Houston was keeping the title and that he agreed with that decision.

He said the Astros “cannot change the actions of past but [are] fully committed in moving forward in the right way.”

Crane was asked by reporters about speculation that the Astros wore buzzers under their uniforms in 2019 to steal signs. MLB has said there is no evidence that buzzers were used by the team.

“I truly believe there were no buzzers and I don’t even know where that came from,” he said.

Asked whether the Astros cheated when they used video to steal signs in 2017, Crane replied: “We broke the rules. You can phrase that any way you want.”