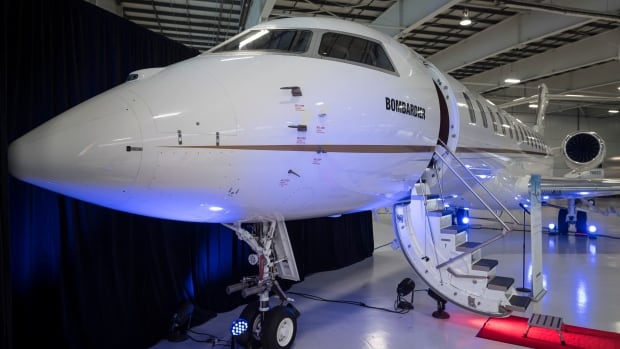 The multinational corporation said it sold its remaining stake in the A220 program — formerly known as the C Series — to Airbus. Bombardier has been re-organizing its business in an effort to pay off a multi-billion dollar deficit.

Under the deal, Airbus now owns a 75 per cent stake in the commercial jet program. The Quebec government, which is not injecting any new money into the program, owns 25 per cent.

Airbus, which also acquired the A220 and A330 work package production capabilities from Bombardier, will pay Bombardier $591 million US. Bombardier will no longer be required to make any investments in the commercial jet program.

The deal also provides that the jobs of the 360 people who construct the plane’s cockpits at the plant in Saint-Laurent, Que., are guaranteed for three years. After that, they will be transferred to Mirabel, Que.

In all, Airbus said the deal secures a total of 3,300 jobs in Quebec.

Bombardier is expected to release its financial results for 2019 after 6 a.m. ET Thursday and hold a conference call at 8 a.m. ET.

The company said in January that it was “reassessing its ongoing participation” in its partnership with Airbus to manufacture the A220.

Despite the Quebec government’s $1.3 billion investment in the C Series in 2016, sales of the planes were initially slow, leading Bombardier to sell a controlling stake of the C Series program to Airbus in 2018 for $1.

Today, the Canadian company Bombardier is more than $9 billion US in debt. Over the years, it has received billions in taxpayer bailouts. But after some big failures, layoffs and criticism over executive bonuses, this time around may be different. 24:05

While A220 orders have since started rolling in, Bombardier would need to inject more money into the program to ramp up production.

Premier François Legault has ruled out investing more government money in the A220 program, but provincial economic minister Pierre Fitzgibbon said that he wants to protect Quebec’s investment in the plane.