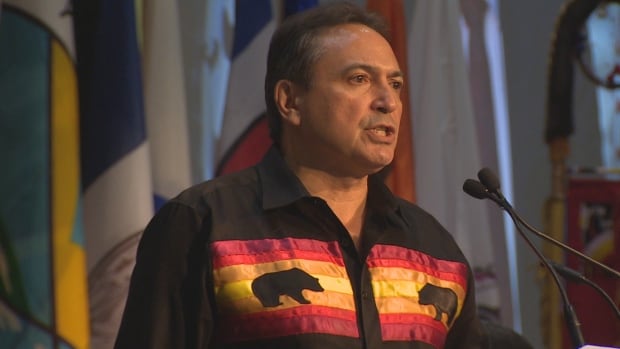 The Assembly of First Nations has filed a class action lawsuit against the federal government seeking $10 billion in damages for what it says is a policy of under-funding children and family services for Indigenous children living on reserves and in the Yukon.

The suit alleges the federal government “systematically ignored” Jordan’s Principle — which states that Indigenous children on reserves must not be kept waiting for vital social services because governments can’t agree on who should pay for them.

The lawsuit also claims that by under-funding services for Indigenous children, the federal government created an incentive to remove them from their homes and place them in foster care as the “first — not the last — resort.”

“Year after year, generation after generation, Canada systemically discriminated against First Nations children and families simply because they were First Nations,” said AFN National Chief Perry Bellegarde in a statement.

“It did so by under-funding preventive care, perpetuating the historical disadvantage resulting from the residential schools. Canada breached its responsibility to our children and families, infringed on their charter rights and caused them real harm and suffering. We will always stand up for our children.”

The lawsuit, which has not been certified by a court, also calls for reforms to eliminate discrimination and prejudice from the child welfare system.

Some estimates place the number of children that could be affected at about 50,000, with the largest number in the Prairie provinces and British Columbia. The ruling, like the AFN class action, also covers First Nation children in Yukon.

The Trudeau government asked the Federal Court for a judicial review of the tribunal order, saying that because it came down in the middle of an election, there was not enough time to “have conversations with communities, with leaders to make sure we’re getting that compensation right.”

Bellegarde told CBC News today that there has been some “movement” on that file but the AFN was moved to file its lawsuit because the tribunal ruling ignored the plight of Indigenous children from 1991 until 2005.

“The CHRT only dealt with 2006 on, so there’s a whole time period where children fell through the cracks, so we did our class-action suit to address that shortfall,” said Bellegarde.

The lawsuit also says that if the $40,000 is paid, that amount would be deducted from any damages awarded to individuals as a result of the AFN claim.

Xavier Moushoom is the lead plaintiff in a separate class-action law suit filed in March of last year that is seeking $6 billion in damages for children affected by on-reserve child welfare services between April 1, 1991 and March 1, 2019. That lawsuit also has not been certified by a court.

“The Government of Canada is committed to seeking a comprehensive settlement on compensation that will ensure long-term benefits for individuals and families and enable community healing,” the statement said.

Bellegarde said that he hopes the AFN’s claim will be certified before the $6 billion class-action claim, adding the national organization is better able to take the lead on the file.

“They’re similar, but why we wanted to be involved is because we have the experience,” said Bellegarde. “We’ve dealt with this for the last 12, 13 years.”

Cindy Blackstock is the executive director of the First Nations Child and Family Caring Society of Canada, and was a co-complainant in the Canadian Human Rights Tribunal case. She said she backs the new lawsuit.

“I believe our role is to press Canada into full compliance with all of the orders and support victims who choose to move forward with class action damages while being sure our interests are not in any way in competition with theirs,” she told CBC News.