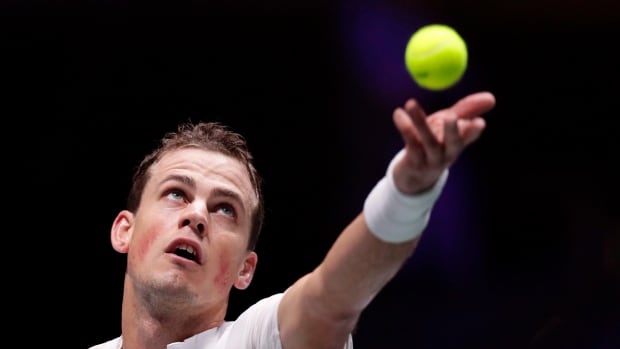 Canada’s Vasek Pospisil defeated Richard Gasquet of France 6-1, 1-0 on Friday to reach the semifinals at the Open Sud de France.

Pospisil, from Vancouver, advanced when Gasquet retired due to injury. The 132nd-ranked Pospisil is the lone Canadian remaining in the singles draw at the indoor hardcourt tournament.

He’ll play either Pierre-Hugues Herbert of France or second-seeded David Goffin of Belgium in the next round.

Herbert, who eliminated Canada’s Felix Auger-Aliassime on Thursday, is ranked 67th in the world. Goffin is the world No. 10.

In the other quarter-final, top-seeded Gael Monfils of France, the world No. 9, was scheduled to play 104th-ranked Norbert Gombos of Slovakia.