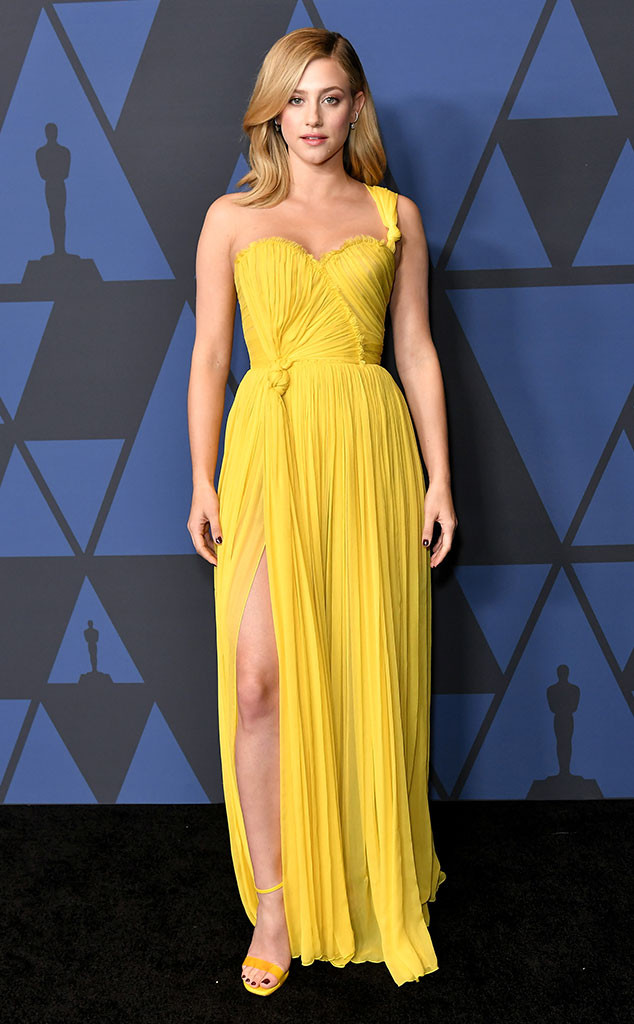 On Thursday, Lili Reinhart took the time to respond to a fan who posed a very complex question about body image and how the cast of Riverdale feels about portraying such chiseled physiques while playing teens. Lili could have brushed off the question, but instead chose to open up to the fan in a very honest way about her experience over the course of her time on the teen drama.

“Actually, not everyone on this show is perfectly chiseled,” she started off her Twitter thread. “And even I feel intimidated by the physique of my surrounding cast mates sometimes when I have to do bra/underwear scenes. I’ve felt very insecure due to the expectation that people have for women on tv, what they should look like. But I have come to terms with my body and that I’m not the kind of person you would see walking on a runway during fashion week. I have bigger boobs, I have cellulite on my thighs/butt, and my stomach sticks out rather than curves in.”

Lili also shared her current struggle with depression and how it has caused her to gain weight, which she’s choosing to embrace and use to hopefully empower other women and young girls who are fans of the show.

“This is still something I struggle with on a daily basis. And it doesn’t help when I’m being compared to other women. I have gained weight due to depression the last two months and I’ve felt very insecure about it. But I did a recent bra and underwear scene and felt it was my obligation to be strong and show confidence in myself, looking as I do,” she wrote. “And I want other young women to see my body on tv and feel comfort in the fact that I’m not a size 0. And I’m not a perfect hourglass shape.”

Instead of ending with a witty clap back or shutdown, she chose to call out the unfair standards within the industry and point her followers in the direction of people who are making huge strides regarding body positivity.

“This industry struggles with accurate representation of female and male bodies,” she ended. “So I commend the women who have helped our industry take a step in the right ~and authentic~ direction. (Charli Howard being my favorite role model).”