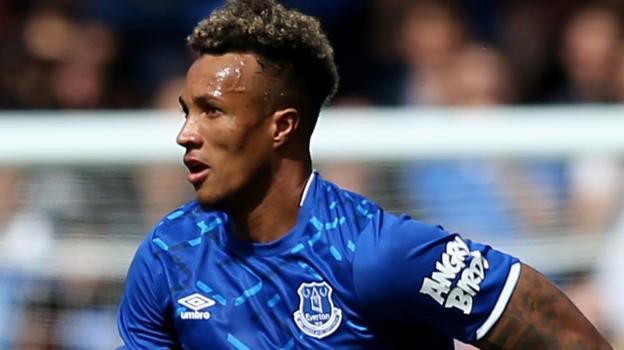 The 24-year-old Ivorian has only played twice this season after signing in the summer for £25m.

But after having a second operation on the problem, Ancelotti said they would take time with his recovery.

Meanwhile, a friendly is planned for Andre Gomes, who is set to return this month after a serious ankle injury.

Ancelotti said of Gbamin, who signed from Mainz in August: “The plan is eight weeks after surgery, the surgery went well and he’s doing individual treatment, but with him we have to do it slowly because the injury was big.

“It’s step by step. We hope to recover him before the end of the season.”

The Italian boss, who has taken Everton to ninth in the Premier League table, added that Gomes is set to make his comeback at Arsenal on 23 February.

Everton have a break after they play Crystal Palace on Saturday before they travel to the Gunners.

Asked if Gomes was still on course for Arsenal, Ancelotti said: “Yes. We are going to organise a friendly game for us when we come back from holidays and everything is OK for him.”

Sixth-placed Sheffield United are the only team among Everton’s rivals for a European spot to play this weekend because of the mid-season break.

Ancelotti said it was a “good opportunity” to close the gap to the Blades, who are three points ahead of Everton and host Bournemouth on Sunday.

But the Italian said that reaching a Champions League spot was unlikely despite facing fourth-placed Chelsea next month. There is an eight-point gap between the two teams.

He added: “Playing Europa League would be fantastic result for us next season, this is the target.

“Chelsea is too far ahead in this moment, maybe in the next three or four games they can be closer to us but there are a lot of fantastic teams around us.”

Quarantined on a cruise: Gloves and thermometers