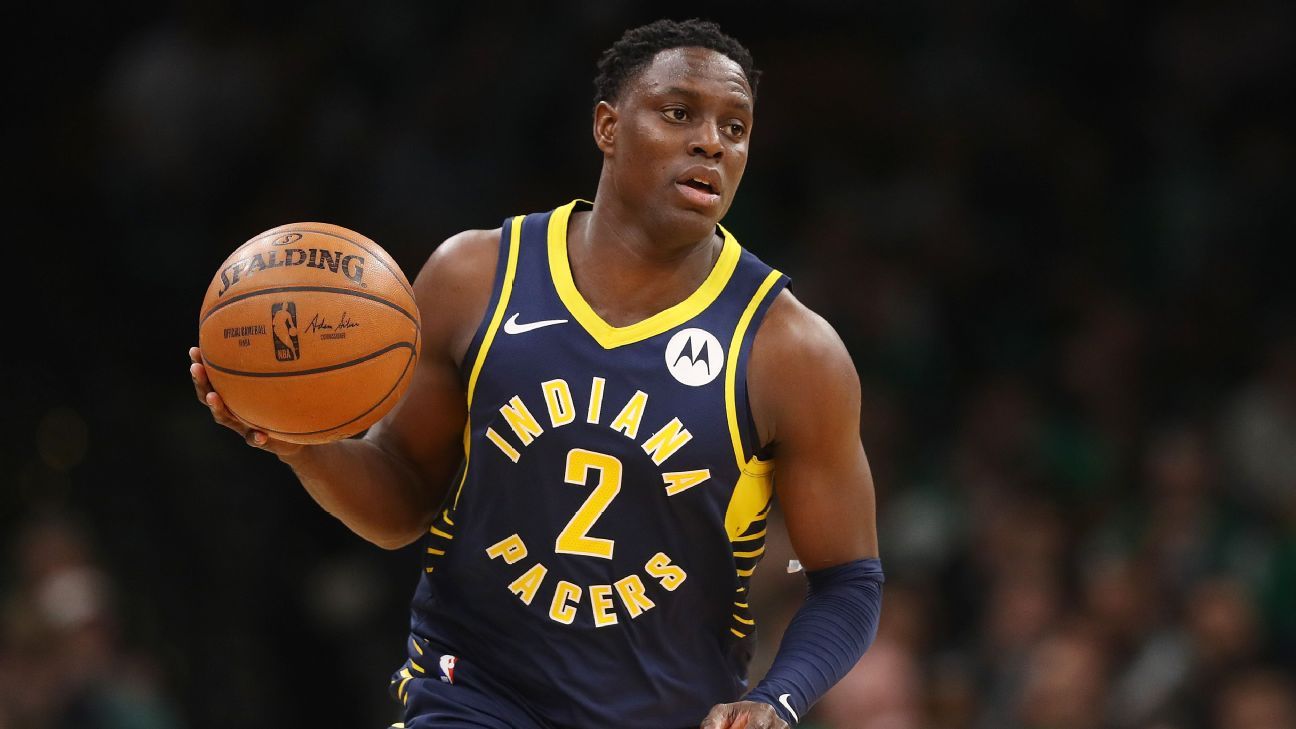 LOS ANGELES — Hours after the Los Angeles Lakers saw the NBA trade deadline pass without making a deal, the franchise might have tipped its hat as to its next move.

Free-agent point guard Darren Collison settled into a second-row seat near Lakers owner Jeanie Buss in the third quarter of L.A.’s 121-111 loss to the Houston Rockets on Thursday, and while the pair was out in the open in front of nearly 20,000 fans, both arrived at the seats with their hoodies pulled up over their heads.

Darren Collison is sitting with Jeanie Buss at the Lakers game tonight. pic.twitter.com/DqUibRc44u

The incognito effort didn’t last long. Minutes later, Collison was shown on the arena video board, prompting a healthy show of applause from the home crowd.

The native of nearby Rancho Cucamonga, California, who played his college ball at UCLA, abruptly exited the league in June, citing religious reasons for retiring.

ESPN’s Adrian Wojnarowski reported last month that Collison was mulling a return to the league and would lean toward either one of the L.A. teams: the Lakers or the Clippers.

Asked whether his presence Thursday was a sign of an impending agreement with the Lakers, Collison brushed it off.

“Just watching the game, ain’t nothing to it,” Collison told ESPN. “Got the best seats in the house.”

Collison, 32, averaged 12.5 points and 5.0 assists per game while shooting 39.4 percent from 3 in 10 seasons, including two years under current Lakers coach Frank Vogel from 2010 to 2012 with the Indiana Pacers.

The Lakers have looked to fortify the point guard position all season, sources told ESPN, and made inquiries to the Oklahoma City Thunder regarding Dennis Schroder, the Sacramento Kings about Bogdan Bogdanovic and the Detroit Pistons about Derrick Rose in the days and weeks leading up to the deadline.

ESPN NBA analyst Matt Barnes said on “The Jump” on Thursday that Collison would have a “50-50” chance of joining the Lakers.

L.A. has a full 15-man roster and would need to waive a player in order to sign Collison to the team.