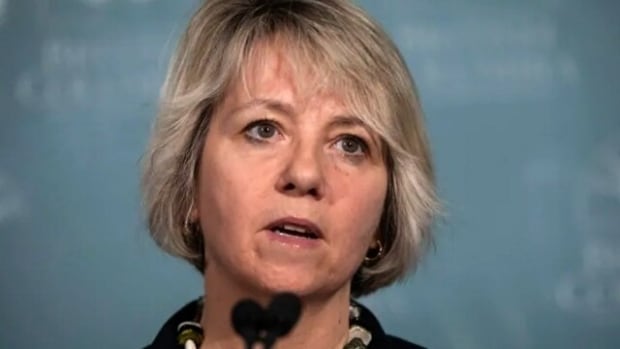 Two new, presumptive cases of coronavirus have been identified in B.C., according to provincial health officer Dr. Bonnie Henry, bringing the total in the province to four.

Both patients, a man and woman in their 30s, are connected to the province’s second case which was announced on Tuesday.

That patient, a woman in her 50s, said she had been in contact with family members visiting from Hubei province in China, the centre of the outbreak. They were told to stay isolated inside the woman’s home.

Henry said investigation within that household led to the two new cases.

“They have had illnesses that are compatible with the novel coronavirus and, in the course of the investigation, they have both tested positive,” Henry said.

Cases are not considered confirmed until after a second test by the National Microbiology Lab in Winnipeg.

Henry said the man “very likely” infected the older woman. He displayed mild symptoms, so he did not seek medical attention.

She said it’s becoming apparent that young, healthy people can display very mild symptoms of the coronavirus, similar to that of a cold.

B.C. Health Minister Adrian Dix said in joint statement with Henry that their knowledge of the coronavirus continues to grow as new information becomes available.

“Vancouver Coastal Health continues to investigate. Their close contacts have been identified and continue to be followed by the health authority,” Dix said.

The two new cases follow two previous cases, both of which have been confirmed by the lab in Winnipeg.

The outbreak has infected over 28,200 people globally and killed more than 560, according to latest figures released by the World Health Organization.