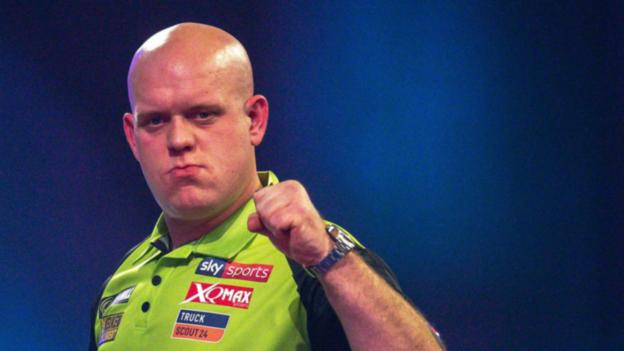 In a closely-fought match, five-time winner van Gerwen kicked off his title defence with a 7-5 win.

The Dutchman, who lost to Wright in last month’s PDC World Championship final, took out 106 to beat the Scot.

The three-time BDO world champion eased to his 7-3 win at a canter, missing just two darts at a double.

In the evening’s second match, Gary Anderson defeated Daryl Gurney 7-5 in front of a vociferous crowd at the recently-opened P&J Live arena.

Fallon Sherrock, who became the first female player to win a match at the PDC World Championship in December, will fill the challenger spot in the next round of Premier League fixtures.

The 25-year-old will play Durrant in Nottingham on 13 February.