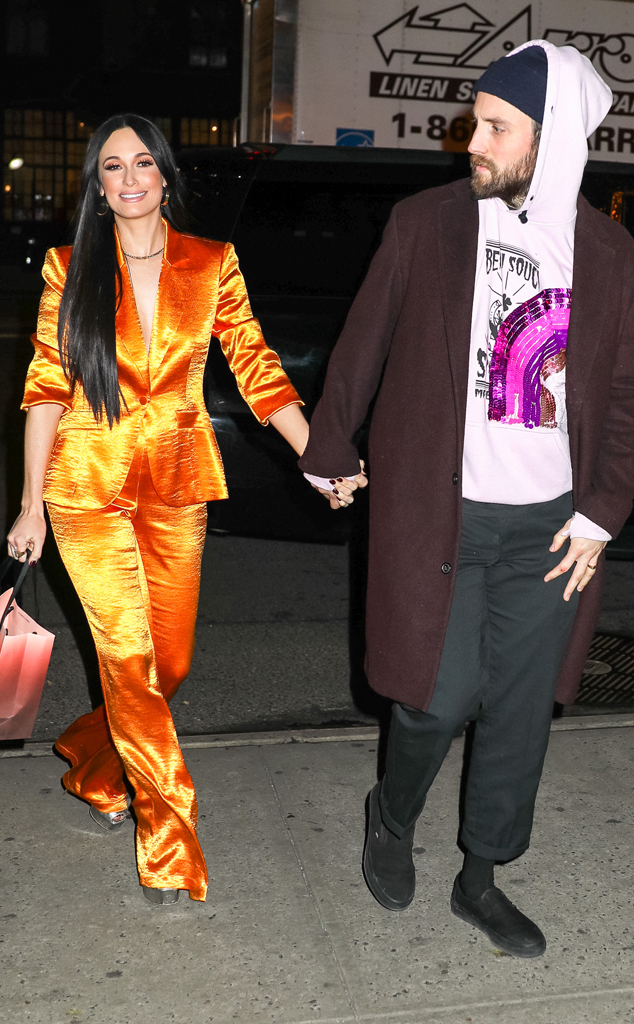 Time for a date night!

Kacey Musgraves and hubby Ruston Kelly are taking their love to the streets of New York. The adorable couple who has been married since 2017, was spotted out and about during New York Fashion Week, looking fashionable as ever and very much in love. The doting pair made their way past paps for a sweet date night together.

The couple is fairly low-key about their relationship, so a sighting of the two out and about is pretty rare. In fact, before this week, their last public appearance was in early October of last year when they performed together at ACL Festival at Zilker Park in Austin, Texas. The couple has very busy schedules, since they are both musicians with impressive careers under their belt.

Even with their crazy schedules, they find the time to make their relationship work. Especially considering they are great muses for each other. Kacey previously revealed to Glamour that much of her album Golden Hour was inspired by her husband.

“I started to see the world in a more fond, pretty light,” she told the outlet. “After meeting this person who really allows me to just be myself, not have to walk on eggshells for any reason, songs started pouring out.” She added, “I didn’t have to shift any part of my personality to make it fit together, which isn’t really something I’ve had before.”

She also opened up previously to Marie Claire about how hard that was for her during most of her 20s. “Going through my 20s and not being in the right relationship made me put up some walls,” she said back in September 2019. “You put walls up. You’re not happy. Being on the other side of that, I feel more self-confident. I don’t feel daunted putting myself out there. I feel a bit of softening to myself but also to the world.”