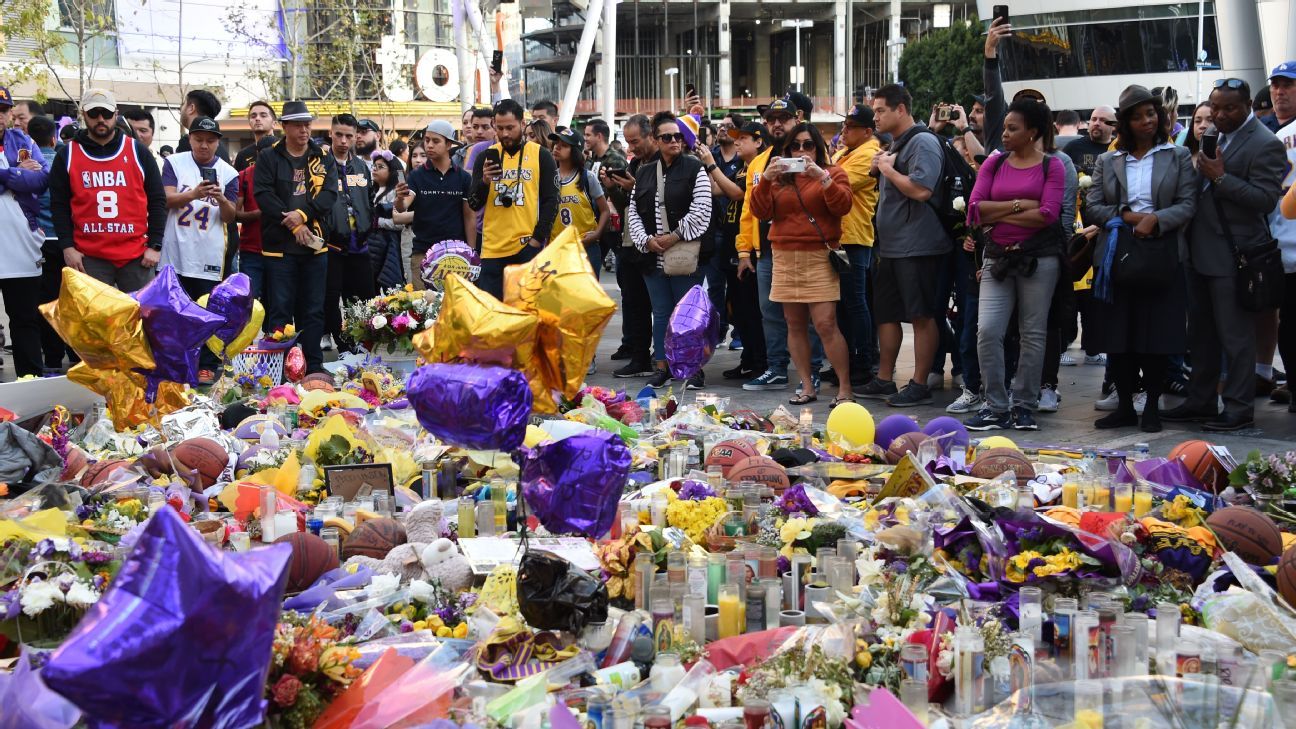 A memorial service celebrating the life of Lakers legend Kobe Bryant and his daughter Gianna will be held the morning of Feb. 24 at Staples Center in Los Angeles.

There is significance in the date, which reflects the basketball jersey numbers worn by Kobe (No. 24) and Gianna (No. 2). Gianna Bryant’s jersey was retired by Harbor Day School in Corona Del Mar, California, on Thursday.

Kobe Bryant, 13-year-old Gianna and seven others died in a helicopter crash in Calabasas, California, on Jan. 26. They were headed to Mamba Sports Academy in Thousand Oaks for Gianna’s team’s game.

The date for the memorial was finalized with planning and coordination from the City of Los Angeles, the Los Angeles Police Department and the LA Clippers, who have a game at Staples that evening against the Memphis Grizzlies.