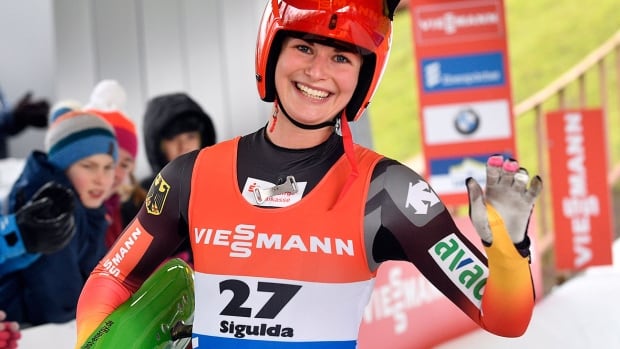 Julia Taubitz of Germany pulled off a big rally in the second heat to win a World Cup women’s luge race Saturday, making the contest with Tatyana Ivanova of Russia for the overall season-long championship even tighter.

Ivanova’s lead over Taubitz was trimmed to 17 points in the overall standings, and they are the only two serious contenders remaining in the race for the points title.

Top Canadian was Trinity Ellis of Pemberton, B.C., who was 20th among 27 finishers. Makena Hodgson was 25th while fellow Calgarian Carolyn Maxwell did not finish.

Germany’s Julia Taubitz finishes 1st with a time of 1:24.944. 1:43
Only the top 15 finishers from Saturday earned an invitation into the sprint.

In the doubles race later Saturday, Latvians Andris Sics and Juris Sics got a win on home ice. They finished in 1:23.804. Tobias Wendl and Tobias Arlt of Germany were second in 1:23.834, and Germany also got bronze from Toni Eggert and Sascha Benecken.

Beyoncé and Jay-Z's Latest Pics Prove Why They're Couple Goals