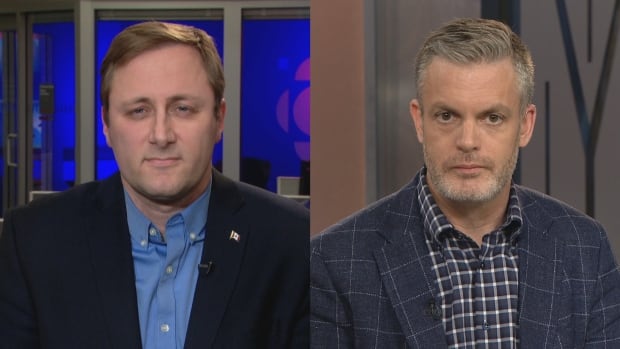 The campaign chair for a Conservative leadership contender who says being gay is a choice defended Richard Décarie tonight, saying his candidate is not a bigot but rather someone who supports the traditional definition of marriage.

“No, of course not I don’t think so,” Trost said when host Vassy Kapelos asked him if Décarie’s comments were bigoted.

“I think what Richard was trying to express was this he’s strongly opposed to gay marriage, he supports the traditional family. He thinks that’s where public policy should be — a man and a woman, their kids their family.”

Décarie served as Harper’s former deputy chief of staff when Harper was the leader of the Official Opposition and head of the Conservative Party.

During the 2017 Conservative leadership contest, Trost staked out a position similar to Décarie’s on gay marriage and what his campaign spokesperson Mike Patton called “the whole gay thing.”

“In case you haven’t noticed, Brad’s not entirely comfortable with the whole gay thing,” Patton said in a video released during the campaign.

Richard Décarie says he would push to roll back same-sex marriage & abortion rights if he wins Conservative leadership. 10:08
Tags: News/Politics/Power&Politics