Josh Gad’s Memories of Robin Williams Will Warm Your Heart 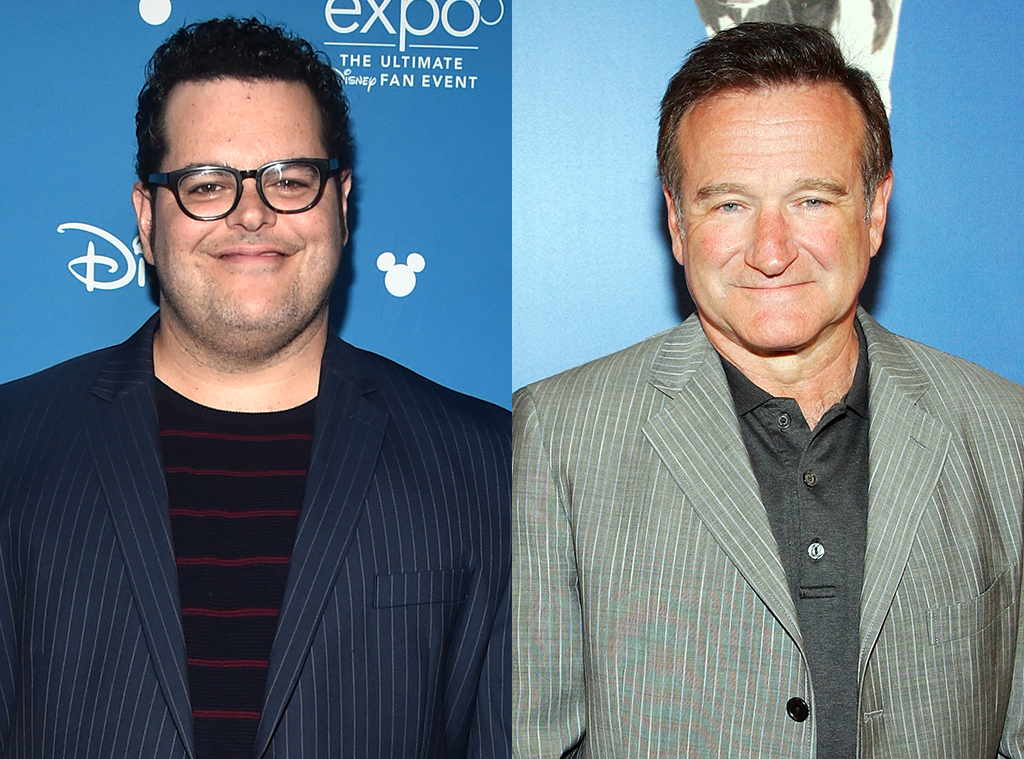 During an interview with Willie Geist for Sunday TODAY with Willie Geist, Frozen 2 star Josh Gadrevealed that he used to live in the same apartment building as the late Robin Williams years ago in New York City.

Given that they were both starring in Broadway shows at the time, the two actors had a similar work schedule that resulted in them chatting it up frequently in the lobby of their building. They formed a tight bond that Gad still remembers fondly.

As he told Geist, “Robin Williams lived in my apartment building at the time I was doing [The Book of] Mormon and he was doing Bengal Tiger at the Baghdad Zoo. And we would come home from work and Robin would just literally make me laugh and cry every night with an anecdote about the show and the day.”

The Mrs. Doubtfire star tragically died on Aug. 11, 2014, three years after Bengal Tiger at the Baghdad Zoo closed and just one year after the world met Gad’s lovable snowman, Olaf, in 2013’s Frozen.

And Gad has but one regret from his time getting to know the late actor.

Speaking of Williams moving out of the building, Gad shared, “When he left, he left me his bike and I didn’t accept it. I was like, ‘Robin, look at my body. You’re wasting a bicycle on me. I’m going to stare at it. I’m never going to do anything.’ And it really is one of the great regrets of my life, that I didn’t keep that bicycle from Robin Williams.”

Gad had a lot of memorable celebrity moments during his Tony-nominated run in The Book of Mormon (which is still on Broadway).

Given the show’s massive popularity, it attracted all kinds of celebrities. As Gad shared, “I got distracted when Oprah was in the audience. I got distracted when Bono was in the audience, because I actually put on a pair of Bono sunglasses in Book of Mormon and sing that one part in ‘I am Africa, just like Bono!’ And I remember being like, ‘Oh, God. I have to sing as Bono to Bono. This is surreal.'”

He also had the chance to talk with two other silver screen icons. The late Gene Wilder, an icon of Gad’s, once attended the Broadway classic, as did the late Philip Seymour Hoffman, of whom the actor was also a massive fan.

As it turns out, Hoffman was there for Gad’s final performance in the show and was so impressed, he suggested they work on something together. They unfortunately never had the chance to before Hoffman’s death on Feb. 2, 2014. But suffice it to say Gad will not soon forget his time with any of these Hollywood icons.

You can catch the full Sunday TODAY with Willie Geist interview on Sunday, Jan. 26 on NBC.

(E! and NBC are both part of NBCUniversal.)

The Truth About Meghan Markle and Ellen DeGeneres' Alleged Interview