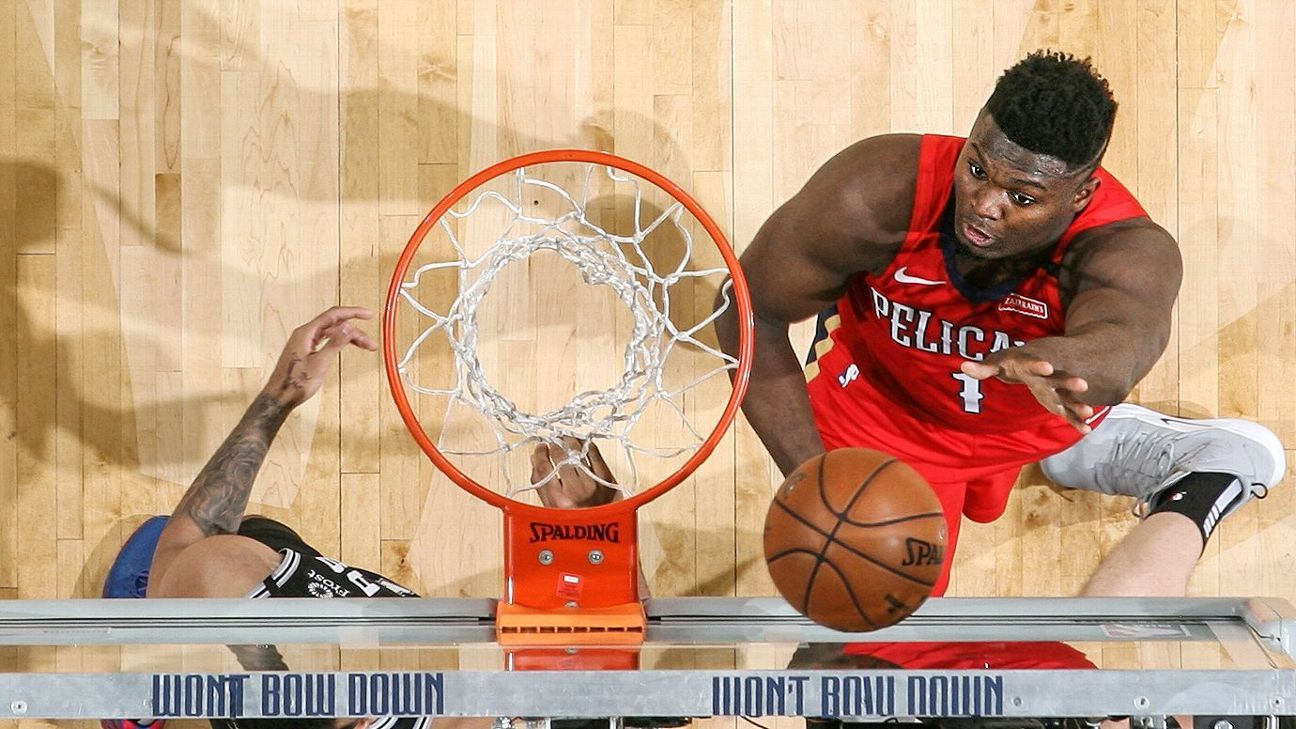 PARIS — All eyes have been on New Orleans Pelicans No. 1 draft pick Zion Williamson this week, including those of six-time NBA champion and Charlotte Hornets owner Michael Jordan.

Speaking at a news conference ahead of the Hornets’ game against the Milwaukee Bucks in France on Friday, Jordan said he believes Williamson’s dazzling inaugural NBA performance on Wednesday — which included scoring 17 points in a three-minute span — was just a glimpse of what is to come.

“What you saw the other night is a taste of what you’re going to see going forward,” Jordan said. “He’s still got a lot to do. But I think his passion for the game is coming through the way that he plays. That’s great for the league.”

Ultimately, the Pelicans fell to the Spurs in Williamson’s debut. Williamson finished with 22 points on 8-of-11 shooting, seven rebounds and three assists. He also made all four of his three-point attempts.

“The NBA is very fortunate to have a talented young man who shows a certain passion about the game,” Jordan said. “That’s something you can’t get. You’re born with it and you share it with the rest of the world.”

In the past, such comments could have been construed by the NBA league office as falling under its tampering rules, which resulted in fellow NBA legend Magic Johnson being fined multiple times for comments about players on teams other than the Los Angeles Lakers. In October, however, the league said in a memo that it had changed its tampering rules, so that “isolated public comments by team representatives praising another team’s player will no longer be regarded as violations of the anti-tampering rule, unless aggravating circumstances are present.”

Aggravating circumstances would include things like saying a team wanted to sign or trade for a specific player, for example. In this case, Jordan has not done that, and a league official said his comments were fine under the new rules.

“We looked at Zion as being an impact player that would bring energy to the game of basketball,” Jordan said. “We can do it with a lot of different factors and different ways of endorsing and marketing. It’s a great opportunity for us.”

According to ESPN’s Nick DePaula, Williamson had other endorsement offers that exceeded $10 million annually.

“We were very fortunate that he chose us,” Jordan said. “We look at every opportunity to expand him to the consumers and showcase his personality and his basketball skills. We can’t play basketball for him, but we feel like he does present us an opportunity to showcase his talents. And that’s what our job is going to be. It’s a great partnership.”

Williamson will play in his second NBA game on Friday night when the Pelicans face the Denver Nuggets.