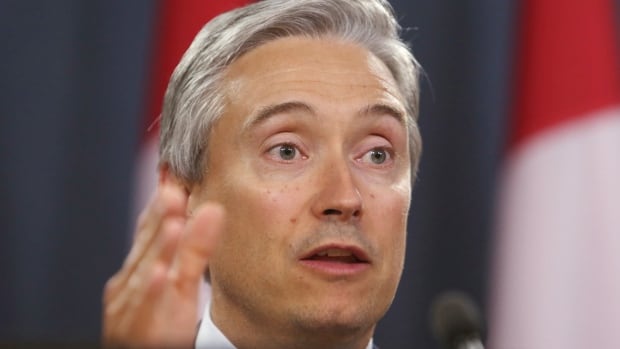 In a conference call with reporters during an official visit to Morocco and Mali, Champagne said he was “pleasantly surprised” by the support voiced by African leaders for Canada’s bid for a 2021 membership.

“I think people recognize that Canada can play a positive role in the world … one which is based on values and principles and a leadership, I think, African nations and those I have been talking to would certainly welcome,” he said.

Canada is ramping up its diplomatic efforts to secure a two-year seat on the 15-seat council. Five are held by the permanent members — the United States, China, France, Russia and the United Kingdom — and each permanent member has the power to veto any council resolution.

With its relatively smaller contributions to global peacekeeping and international development assistance, Canada is seen as facing a tough challenge from its competitors, Ireland and Norway.

Norway is the largest foreign aid donor per capita. According to the most recent figures, Oslo delivers roughly 1 per cent of its Gross National Income (GNI) to development assistance, while Ireland contributes 0.32 per cent. Canada donates 0.27 per cent of its GNI.

“Every campaign is obviously hard, but I think the more and more that Canada talks about its bid to the UN Security Council, the more … I see people wanted Canada to play a leading role in providing the positive leadership,” he said.

Canada put forward its candidacy in 2016, about a decade after Ireland (2005) and Norway (2007) announced they were running.

As of September 30, according to government estimates, Canada had spent nearly $1.9 million on the campaign for a Security Council seat. That sum does not include the salaries of the 13 government employees appointed to work full-time on Canada’s bid.

Countries need the support of at least two-thirds of the General Assembly to get elected to the council.

Roland Paris, a professor of international affairs at the University of Ottawa, said it’s tough to get a read on Canada’s chances without tracking every country’s position on the vote. He believes Canada still has a “realistic shot.”

“However, it will take a concerted diplomatic effort, including the type of outreach that the foreign minister is now conducting. Hopefully it’s not too late,” he said.

Paris said the efforts are worth it, as the Security Council remains “the most important table in international politics.”

“Unfortunately, the Liberal record on foreign policy, from low levels of international aid to abysmally low peacekeeping numbers, may make it hard for Canada to win against countries like Ireland and Norway who are also competing for the seat,” he said in a statement to CBC.

“They have more progressive foreign policies and have more to show for their commitment to international peace and security. If the federal government is serious about reclaiming the seat, a step like implementation of the United Nations Declaration on the Rights of Indigenous Peoples would be a good start.”

While in Mali, Champagne met with President Ibrahim Boubacar Keïta and other ministers, as well people in leadership roles with the MINUSMA peacekeeping mission.

Champagne announced $79 million in funding for eight projects and the deployment of two police trainers to the peacekeeping school in Bamako, Mali.